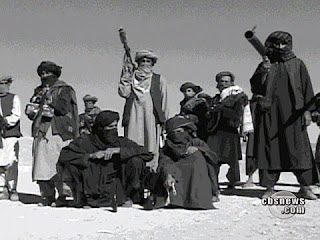 Those of us that keep up with the news from multiple sources, especially on this site dawn.com, are very aware of the complaints about the U.S. attacks from drones. If anyone has been reading the news on this site it’s easy to see that Pakistan is more or less a refuge for militants. Why is that? Is it because the Pakistan government in some ways protecting these militants? If they’re not then why are there so many militants taking refuge in that country? It seems to be a haven for them.

The killings that are done of Pakistan’s citizens by the militants should overshadow the killings done by drones. That is the reason why I can’t understand what all the complaints are all about. Their excuse is that some civilians get kill in those attacks. Yes no doubt that is true - some civilians do get killed. But that would be accidental. On the other hand, with the militants it’s not accidental; it’s done on purpose.

I have a solution but I don’t think that it would be too popular. My solution would be to leave these third world countries alone and let them go on about their business and to govern their countries as they see fit and if they want to do any trading with the western world so be it. If this was to happen and a Jihadist were still to kill the citizens, then if possible, find out from where this killer came from and go into that country shoot and blast everything in sight. Because we all know that the non-Jihadists will not try and stop a Jihadist, so therefore they would be just as guilty by not doing anything about it.

I think just the fact that they know no one will interfere in their country might stop a lot of killings done for no reason. I might be wrong but I think  there are two things that drive these jihadists to hate to the point of killings  (1) is the nations from the Western world trying to tell them how to run their country and (2) the biggest reason is their faith -- they would want everyone to believe in their faith which will never happen (I hope).

That’s my rant and opinions of the day
Posted by Unknown at 5:11 AM