No more USA for me. 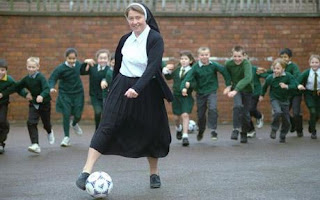 I was reading a story about the United States  and after reading it, combined with all the previous things I have read about the USA, I can say I would not want to live in the U.S. I've mentioned before that it looks like the USA is turning into a third world country. After what I read today from what is going on in those schools I am convinced that its leaning that way.

“I look up to God,” she wrote. “I love him and Jesus, and Jesus is His earthly son. I also love Jesus.”

The youngster also said that God would “always be the #1 person I look up to.”

“It was so cute and innocent,” Erica Shead told television station WREG. “She talked about how God created the Earth.”

But Shead said her daughter’s teacher objected to the choice and told her she could not use God as an idol for the assignment.

Erin told her mom that it had something to do with religion - that God could not be her idol. The teacher then allegedly told the child that she had to take the paper about God home – because it could not remain on school property.

“How can you tell this baby – that’s a Christian – what she can say and what she can’t say?” Shead asked.

I’m not blaming Obama for that specifically happening but it’s weird that this has not happened with the previous presidents of the USA. It’s hard to believe the actions or statement made by some of these schools are part of of a supposedly God fearing nation. More people are leaving their faith. The student in question was not allowed was told that the paper could not be left at the school and the teacher gave a reason why. It is worthwhile to read about this; in fact worthwhile to read this entire site.

On the same site you can read about the dirty tricks that are done to get people to vote.  You can read about discrimination as to who is allowed to give a speech to the students and about the people that are doing a survey of the students to vote - apparently some of them don’t even belong to the electoral office and this is supposed to be a fraud but nothing is being done about it.What I find weird is that you can’t discriminate against gays or atheist or people of different cultures but you are free in the USA to discriminate against Christians.

Privacy is also something of the past and soon free speech will become a thing of the past too. Who needs that? What gets me more is that all of that garbage that goes on in the USA it’s starting to affect some idiots on this side of the border in Canada.

Even the Premier of Québec is starting this garbage about religion.  What matters now is the size of a crucifix or not allowing government employees to wear anything that represents a belief in religion. She is enough of a dictator to have special police to watch out for that. I hope our Prime Minister has the guts to stop her. This premier reminds me of president Obama. She thinks that she is a queen like Obama thinks he’s a king.

One more thing I have to say. I will state long as you people have Obama as a leader the worse your nation will become and less safe it will be for your citizens.

That is my beef for today especially against the teachers of those schools who should teach the kids what they are supposed to teach (math, language, science, etc.) and not to turn them into dictators and discriminators against people of faith and to be anti-social.
Posted by Unknown at 6:23 AM

Email ThisBlogThis!Share to TwitterShare to FacebookShare to Pinterest
Labels: God, not for me, Quebec, school, USA