These days I guess, we can expect anything - either written or verbally - in regards to a person trying to get elected.

*Are Mitt Romney's jeans terribly out of fashion?*

Isn’t that stupid? Mr. Romney better have curtains in his bedroom window or we might be asked if his undershorts are in fashion.

I read this stupid question on Fox News in the section called (also on the web).

A woman who was fired for smoking claims that every morning she takes a shower and puts on clean clothes and doesn’t smoke in her car. I was a heavy smoker, I used to hang around bars hotels and taverns but kept myself clean all the time because one night in one of those places and a person smelled like he had just came out of a city dump. I was never accused of stinking, nor did I want to be.

Now this woman is either lying or the staff for some reason or other doesn’t like her and wants to see her gone. If she smells like that I know what the smell is and I must say its not to agreeable to the nose or anyone else around. The only reason a smoker gets to the point of stinking is because that person doesn’t keep him/herself clean with showers and clean clothes. Also if a person perspires a lot, the nicotine smell will come out of the pores just like the smell of garlic if you're always eating it and it stinks badly. Cleanliness solves the problem or quitting smoking.

There are my two unrelated rants of the day.
Posted by Unknown at 6:10 PM No comments:

While reading the news on Fox, I ran across an article that claimed today was the most people killed in one day this year by bombs and shooting.

Terrorist use the name of God as an excuse to kill. They do so by raising their arm and saying God is great. I don’t believe that most of them believe that. I do believe that they use that excuse to kill, because they are just plain killers with no respect for life what so ever.

My computer is DOWN

My computer's hard drive crashed and I've been dealing with a borrowed laptop.  I hate laptops.  I'm a senior citizen and I just find that laptops are too small, and I don't like using them.  So I haven't been posting or writing the last few days.

I'll be back regularly as soon as I can get my own desktop fixed.

This kind of serves as a rant and as an explanation.

Have a better day than my desktop.
Posted by Unknown at 7:57 PM No comments:

Prediction of war. End of the world. 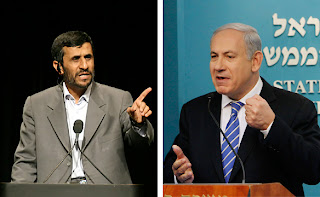 I predict that in the very near future, there will be a war which will end with the ending of civilization. This war will be started either by Ahmadinejad the president of Iran, or by Israel.

First by Iran attempting to stop oil shipments through the straight of  Hormuz, which the USA will not let happen or by Israel via a strike to stop the Iranians from going further in acquiring nuclear weapons.

Considering all the problems in the third world countries, something has to happen. Syria is an example. Everyone it seems, are depending on finding solutions to those problems. While they’re discussing what to do, people are getting  slaughtered by the thousands and that folks is called diplomacy.

How many people have to be killed, before leaders find a solution? After all the citizens of Syria are  slaughtered?

Things that annoy me #314: Bicycle seats 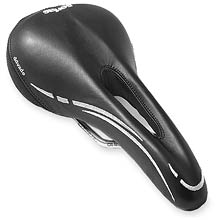 This afternoon, I decided to go for a bicycle ride. I went to the park just to see the boats and just look around. I took the bicycle path and what did I see? Two big people in front of me, a man and a woman, and I began to wonder where their seats were. I just couldn't see them.

So many of the seats we have on bicycles today are as narrow as they can be made without consumers putting up a fuss. I understand those seats are not meant to replace a living room chair, but at same time big people must suffer having the seat up their bum.

Before, the seats used to be wider and when you sat on it there was room for both cheeks. I can see racing bikes having narrow seats, because the racers seldom use them, and they can save on the additional weight.  But ordinary bicycles should have a wider seat to give overweight people a chance to enjoy a bicycle ride. Once they get off the bike, they wouldn't have to check to see if that seat is still on the bicycle, or if they are still carrying it where it doesn't belong.

That is my rant for today.

Have a comfortable bike ride if you’re not too big.

Posted by Unknown at 2:49 PM No comments:

Not to long ago I wrote about the word apology. Some people think that this word is a sign of weakness and I said that it clearly wasn't.

Well this word did some good when the USA apologized for the killing of 24 Pakistanis soldiers recently. Now the USA will be able to keep on bringing supplies to their troops in Afghanistan. Their convoy had been  stopped on the road to their troops. Things were stranded for a long time, because of someone’s big ego. Now, this little word  has opened the road for those supplies again. Because of someone’s big ego, how many of these trucks have been or could have been blown up while stuck? And what is the cost or value of the trucks and equipment ? Was it worthwhile not to apologize?

Whether right or not, if you think this little word apologize will get you what you want, use it. Details can be found on Fox News about the opening of the road.

Now that this little word was used, relations with the Pakistanis and the USA might get a little more friendly and also more cooperation from the Pakistanis in the fight to defend Afghanistan against terrorism.

No respect and no feelings

Reading the news and listening to some of the people’s conversations  around me, I find that respect and feelings for others is almost a thing of the past.

While reading the news on Fox recently, I came across a little headline about a mom in Greenville South Carolina who received a  $50 invoice to clean the street.  She was to pay for the clean up the blood left by her son when he was hit and killed by a drunk driver, and to pay to have the car towed away   In fact, he was killed by an illegal immigrant driving drunk and driving without a driving permit. He received a sentence of 17 years in jail after pleading guilty.

Can you imagine the feeling of having to pay to clean up your dead  son’s  blood because of a drunken driver? That driver should have been charged with manslaughter or murder and given life in jail.
.
The person that is responsible for that letter to her should look in the mirror to see if he/she is a human being and try to figure out if they have has a conscience.

Drive sober and carefully.
Posted by Unknown at 6:45 PM No comments: