This morning, as usual I was listening to the talk show on the C.F.R.A radio station like I do every morning. I was surprised to hear a young politician blasting the Prime Minister, accusing him of trying to make this country his country. I will admit that Mr. Harper is going too far in my opinion on being tough on crime. Even going so far as to give the police the power to infringe on our personal communication on the Internet.  In addition to other changes that he wants to make. That does not sound too good to me and if he succeeds in doing that type of thing, then what?
How far is he going to go to infringe on our personal life? I mentioned in one of my previous blog posts  what he might turn out to be if he was in total control and now he’s showing us what his agenda would be. I agree with Mr. Justin Trudeau with some of what he says about Harper because Harper is starting to show what he’s all about. Mr. Trudeau says that he would like to see Canada like it was. I have news for Mr. Trudeau however - we, the older generation, would like to see it like it was before his dad the former Prime Minister of Canada had gotten a hold of the country and changed it all around to make this country his country. I'm speaking of course of Pierre Trudeau.
Justin Trudeau was too young at the time to know how this country was before his dad took over as the Prime Minister. Before Pierre Trudeau took over this was Canada and it belonged to us Canadians. Trudeau   brought in Multiculturalism and the metric system and some laws were changed for some to appease  other cultures. Now we Canadians don’t feel like we are in our own country.
So Mr. Trudeau before you start blasting this Prime Minister find out what this country was before your dad took over. If you are working to some day become Prime Minister you are going about it the wrong way because the way you spoke out this morning of which we heard on the radio brought us back to what your dad did and we sure didn’t like it and we still don’t. I must remind you also, that trying to get the Quebec people to vote to separate from this country, you will never succeed and the proof was shown to every one in the last election.
For you to become successful will be tough.  You have three strikes against you already.  First you’re a Liberal. Second you sound like a separatists. And third, you don’t have enough experience or should I say enough of the diplomacy that makes for a good politician. I will admit that you are allowed to express you're opinion but a good politician doesn't blast off like you did this morning without thinking of a better way to express oneself without sounding like an immature politician and a separatists.
My advice to you Mr. J. Trudeau is to learn about politics and the way a good politician would study what he has to say and put it in words that you can sound off without showing your immaturity at being a politician.
These are my opinions and my rant of the day.
Posted by Unknown at 12:41 PM No comments:

I heard another whiner.  This whiner has a different whine not only about smokers but about that to which his tax dollars are contributing.
Read more »
Posted by Unknown at 1:04 PM No comments:

Some of Ontario’s whiners, are blaming the province of Quebec again. While reading the Sun News Paper I read this complain". According to the Whiners,  Quebec is getting too much money from the Feds for the immigrants, compared to what Ontario gets and that Quebec chooses the kind of immigrants that they want to accept.
Read more »
Posted by Unknown at 2:56 PM No comments:

Ottawa (the great Capital of Canada)

This is a city that most of the citizens would not vote for the N.D.P. because they claim that this party it’s a socialist party and that they are all for the unions.  Well to you citizens of Ottawa, you think you know about socialism? I must say in my opinion that you don’t, because if you did  you would not have re-elected some of the councillors that were there before the last election.
Read more »
Posted by Unknown at 3:56 PM No comments:

Is God in the process of letting us know about what is coming next?

Posted by Unknown at 4:20 PM No comments:

Email ThisBlogThis!Share to TwitterShare to FacebookShare to Pinterest
Labels: end of the World, God, trumpet 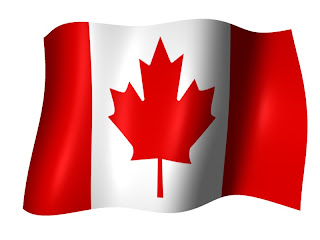 Bring back Canadian  laws to our own country - which is supposed to be Canada.  Do away with Multiculturallism. Bring back our own culturalal roots (French in Quebec and English in the rest of Canada).
Any immigrant that wants to immigrate here should have to adhere to Canadian culture and if not they should be refused citizenship.  It only makes sense.  Canada is not supposed to lay down it's cultural sovereignty for the purpose of encouraging immigration.  Canada needs to remain Canada, not become some miniature version of the United Nations.
Read more »
Posted by Unknown at 1:52 PM No comments:

I agree with this guy 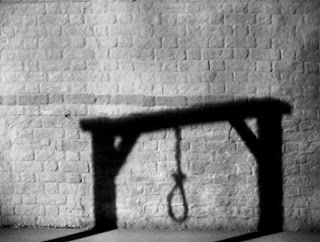 Every morning after my coffee, I turn on the computer and read all the news from many different newspapers.

While reading the French paper "le Droit", I ran across an article saying that Senator Pierre-Hugues Boisvenu stated “that any one who commits a heinous crime like murder and  that there is no chance of this person to be rehabilitated then a rope should be left in the cell”. To that I say wait until all the hearings are done with. By waiting until the hearings are over, the accused if found guilty would have a choice to hang himself in which case it would be considered a suicide.

I really don’t think that a not guilty person would commit suicide but face the accusation to the end. And try to prove that he or she is not guilty. But if the person realizes the he or she is guilty, then the rope could be the last resort instead of facing life in jail.

The senator that said this, his daughter had been raped and killed.

I agree with this senator’s statement.
That is my rant of the day.
Posted by Unknown at 2:52 PM No comments: