When Prime Minister Mr. Harper was running to get re-elected in the last election he stated that he would bring in tougher laws for criminals. That is fine, but with tougher laws it means more people in jail and more jails would be needed. As it is now to my understanding, the jails are now overflowing and to build jails is costly. But I have a good solution on where to get the money to build them and there would not be any reason to raise taxes to cover the cost.
The first thing I would do is do away with the CBC. Privatize it and then billions would be saved just by doing that. I find CBC useless, boring and a drain on taxpayers' money.
Second, any adult that immigrates to this country and break the law (and it's considered a federal crime) and are found guilty without a doubt, should be deported right away with no chance of coming back. And there should be no appeal - this would also apply to any teens that came here with their parents. But when it comes to a provincial crime, then every one is equal. No jail time would apply for breaking a provincial law but give them double probation and make them pay the court costs if they are found guilty.
I know some will say 'yes but new laws would have to be written'. I say fine and at the same time, the old laws that were not brought up to date could be revise and bring them up to this century..
That’s my rant of the day - tougher laws and ways to save tax payers money.
Posted by Unknown at 5:27 AM 1 comment:

These Republicans are lucky that I never took an interest in the politics of the USA because by what I’ve read lately about what they are doing I would have plenty to say.

These people seem to be more interested in building up their party then looking at helping out the country. Lately I’ve been paying more attention, and to me they are acting the same as these liberals were acting here in Canada. Here in Canada the libs would veto anything that the party that was elected to run the country would propose.  They were more or less acting like cats and dogs.

They were more interested in trying to show that their party had better Ideas.The results for their efforts ended up in disaster and  now they are in the trash can and that’s where they belong. I hope they never recover, and if they do I hope the new liberals would have people with more intellect then what they had in the past. From what I could make out they were a bunch of educated  fools. They had brains but didn’t know how to use them properly.

A President cannot do a proper job if he is stopped at everything that he proposes -  like his proposal for creating jobs which are badly needed in the United States. His bill expressed how it would be paid for. Yet the Republicans turned it down because they didn’t want the rich to pay more taxes. I guess they are looking for votes for the next election and I guess the country can wait.I am not from the USA but people have to live and work in order to live and it doesn’t matter who you are or where you come from.
Posted by Unknown at 11:34 AM 4 comments:

Email ThisBlogThis!Share to TwitterShare to FacebookShare to Pinterest
Labels: Republicans

Whiners without a cause - Part 2 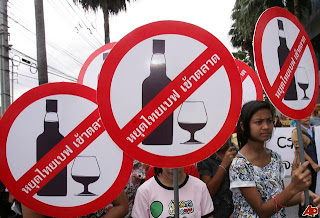 Yesterday I complained about people who complain about smoking.  Guess what - I'm not done.  There are some people that don’t like the smell of alcohol but I don’t hear anyone complaining or try to get some kind of law to make sure that people who indulge in that stuff do not breath in the direction of a person  who doesn't use alcohol.  There's no movement to ban second hand alcohol fumes.  Or did I miss that protest march?
Read more »
Posted by Unknown at 9:33 PM No comments:

Whiners without a cause - Part 1

I called this post whiners without a cause because of what I had read in the Ottawa Sun newspaper earlier this week. According to what I read, the health department has conducted a poll in Ottawa and it appears most people would embrace an expanded smoking ban that includes restaurant patios, parks and beaches.
Read more »
Posted by Unknown at 9:33 PM No comments:

Pastors in the USA.

I was reading on CNN this morning about this pastor Jeffress telling the people not to vote for the White House hopeful Mitt Romney because he is a Mormon.I've lost the link but you can read some of the details in this story.  This reminded me of the other pastor that wanted to burn the Qu'ran.

Does this pastor think that being a President includes changing the people's mind on whatever faith that they believe in? I wonder if in his Bible it states ( Do unto others as you would have others do unto you. Or does it say do unto others then run before they do unto you?) 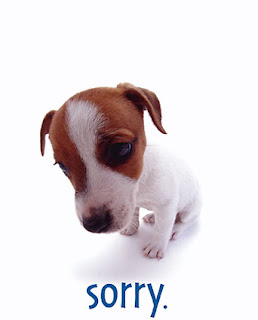 To some people this word Apology seems to be a word that shows weakness in a person. I would say that a person that thinks does so because that person has not interacted with different kinds of people in this world. To find out when to use this word and by using it at the proper situation can result in a way that would be surprising.
Read more »
Posted by Unknown at 8:51 AM No comments:

Crashing of a Helicopter

I was reading on CNN the other night about a helicopter crashing in the river in East Manhattan.In the crash a woman in her early 40's year had died.  This was the 28th helicopter crash in East Manhattan in three decades.  That's about one crash per year.
Now what prompted me to rant about this, is what I read on some of the comments on the CNN page. Some idiot had written and I quote, “why couldn’t your God stop the crash?" Another said  "There is no God and when your dead your dead.”
Read more »
Posted by Unknown at 7:33 AM No comments:

I cannot believe after all the complaints against Premier McGuinty before the Ontario election, about his broken promises with regards to the taxes and Wind Mill contract, that he was elected yet again.  True, he was only voted back in with a minority government. What this man has done to the province though,  he should have been thrown right out completely. He was called a liar and a tax man and still voted back in. I can’t understand that.
I heard on television yesterday morning that he was back at work. I’m just wondering when he found out that he was voted back in and whether he was thinking about what he could tax next. Should I make a silly statement and say not to be surprised if he comes up with a tax on toilet tissue and call it a luxury tax?  Who knows, maybe that's not all that far-fetched for him.
Read more »
Posted by Unknown at 11:33 AM No comments:

I’m wondering about these people that have roadside service selling hot dogs, french fries, hamburgers and whatever else.  Some of these people are in these stands 8 to 10 hours a day and maybe even more. They must have to go to the bathroom. Where do they do that? And do they wash their hands afterwards? If so, do they have enough water to use clean water each time they have to wash their hands?

This is potentially really, really disgusting. I can see the ones that are in the city can always go to a service station and wash up there, but what about the ones along the highway where there is no service station or  restaurant?

We all know that in every group there is at least one bad apple -  the one that has no consideration for other people. What that person thinks he or she can get away with,  will try to get away with it.

In other words you buy from one of these places and you might also be buying some one else’s germs or  disease.

That’s my rant of the day
Bob

Posted by Unknown at 9:38 AM No comments: