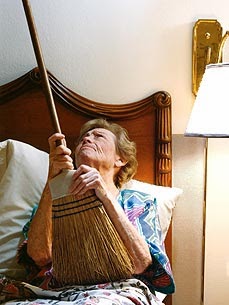 I seem to be on a noise tangent lately, but it's because of my current circumstances. After 15 years in living in a quite old house, I had to move to an apartment building as I have mentioned previously. The old house was going to be demolished to build something else in its place. I hate living in an apartment. Other people live there too and in my current case especially, inconsiderate people that think that they are the only ones living there. They have no consideration for other people.

I live on the first floor and the people that live above me have no idea that walking with shoes on makes it sounds more like boots. They don't know or care about how it sounds down here. Then at times it sounds like a person is walking with slippers or barefoot but it still sounds as if she/he doesn’t realize that walking using the heel instead of a flat foot sounds just has bad as wearing shoes or boots does. Boots gives a sharp bang. Walking and stomping your heel sounds like a thump and its just as bad.

As for dropping stuff or knocking something over, that’s normal. It can happen to anyone. So I don't have an issue with that. Well, not with the person, but it still an issue with living in an apartment versus a house.

There is a woman that lives in another apartment on the second floor. This woman doesn’t seem to like going down the stairs one step at a time but likes to run down the stairs. Maybe she's being chased by ghosts, maybe she's late for work. Whatever the case, doing so creates noise that wakes up other people. My son’s room is next to these stairs and he gets woken up each time she runs down those stairs, especially early in the morning.

Those are my reasons for not liking apratment living because - noise and inconsiderate people. I bet these are the kind of people who would be the first ones to complain if the same would be happening to them. Bunch of hypocrites.
Posted by Unknown at 4:13 AM