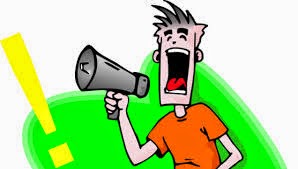 Yesterday I was complaining about loud music. This morning I was woken up by loud talking. No kidding. I looked at the time and it was 8:30 a.m. Across the street from where I live, there is a little convenience store. I thought there was some kind of a fight or argument which it seems is common around here. Anyway I sat up in bed and looked out my window just to find out that there were one old man in front of the store and another old man on the opposite side of the street. They were talking loudly to one another across the street. The one old man that was in front of the store ended the conversation and walked away. Then the one that was on the opposite side of the then walked across to where the other had been standing and walked in to the store.

My problem with this is pretty straightforward. Why didn't the one on the opposite side of the street just walk across and have a conversation without yelling? Since I’ve been living here people tend to talk to each other as if everyone has trouble hearing. I have a couple of people come in and instead of talking to me normally they talk to me as if I was deaf. I`m not and I`m even sitting at the same table as they are. What`s going on? These two are not the only ones that do this. To me it seems that they want everyone to know what they are talking about even though there is no one else around.

I have even noticed people walking down the street side-by-side and it's almost as if you can hear them talking from a couple of blocks away. They are practically yelling. Some people on their cell phones are doing the same thing. And the other day a woman was walking down the street and of course talking on her cell phone when she finished her conversation she put the phone away but afterwards she was still talking to herself. I guess whomever she was talking to had hung up and this lady wasn’t finished talking or else she’s the type that has to keep on yapping all the time.

That’s my rant of the day on funny acting, loud talking people.
Posted by Unknown at 4:46 AM