Province of Québec - self inflicted wound 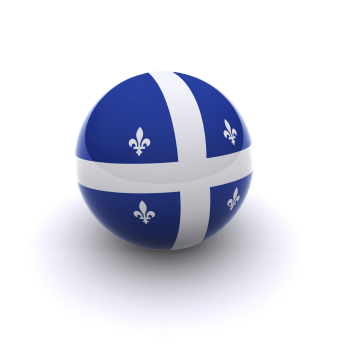 Québec.  This province, I have noticed from the time that I have been living here, that most people are not married to money like they are in Ontario. The only thing that is missing here, would be to have politicians who would care about the economy instead of worrying about seceding from the rest of the country and become a country of its own.

Some politicians in this province has created so much animosity towards the English speaking people that some of the citizens from Ontario are saying that they would be better off if Québec would separate from the rest of Canada. I know because I’m always interested in what they report on the news.  What I hear on a certain radio station of which I listen to from Monday to Friday morning illustrates the growing animosity aimed at Québec. Hardly a day goes by that I don’t hear some complaints about this province. I realize some are legitimate and some are fabricated by some people that don’t know what they are talking about. Just the fact that they are on the radio makes their day and it shows how some people can be stupid and ignorant.

Right now as it is, if it wasn’t for the Federal government hiring people in this province, this province would be bankrupt in no time. This province can’t provide enough jobs for its people. I would say do away with that stupid Bill 101 and accept other languages like English.  This would stop scaring away potential people from opening a business here and this would create more jobs and help to boost the economy.

Have no fear - the French language will never disappear. Look what happened to Mrs. Marois from the PQ thinking that she could make this province into another France.  She didn’t only lose the vote but also her riding and her job for trying to push this agenda.

No, this is Canada and we are all humans.  By doing away with this stupid thinking that French will disappear it. would encourage people to open up business here, also there would be more people learning French by working and living in French surroundings. This would benefit a worker. French would learn English and vice versa.