Alive after the fall

I caught this video the other day and thought I'd share it.  On their website, where they have this video, is the bible verse from Isaiah 9:16.  The video is worth watching, I found it very good.

Posted by Unknown at 4:07 PM No comments:

Email ThisBlogThis!Share to TwitterShare to FacebookShare to Pinterest
Labels: Revelation

USA vs Russia over Syria

What's going on in Syria has the potential for World War III written all over it. 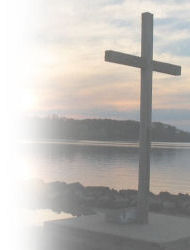 Here is a word that seems to me is being used improperly. We call our dad 'father' most of the time but actually he should be called dad. Whenever anyone talks to a priest he is referred to as 'father'. Well all I have to say on this subject is that neither should be called father. Even the Pope is not entitled to be called father but rather 'his Excellency'. We only have one Father and that is the Creator, our Heavenly Father whom we call God. Anyone else doesn’t deserve to be call father.

This also brings me to the topic of religions. To my knowledge there were only 4 prophets who started our major religions therefore there should only be 4 religions. Now we have all kinds of religions and all kinds of cults. Not only that but we also have more than one God whom whom people believe in. And every one of those false religions and cults all have their way of praying to their particular God. I don’t think that there is one human in this world that can tell me exactly what the true religion is.

I blame all this mix up not only on man but the way the Bible was written. Like I mentioned before the Bible was re-written in different languages and some words that could not be translated a word was used that could have changed the meaning of the phrase or the whole paragraph. Now that is why two people can read the same paragraph and come to a different conclusion on its meaning. With all this misunderstanding of the way the Bible was written, to me was the results of all those religions and cults and more than one God.

I believe the only Bible that seems to be different than the others is the Bible called the King James Version. One thing we can be sure of the true God the creator is for good and the one called Lucifer is for evil. I have faith in God the Creator and Jesus the son of God. I would say just have faith and do as the Ten Commandments say and your afterlife should be a happy one. May God bless you.
Posted by Unknown at 11:05 AM No comments:

We live in a strange time, subject to many interpretations of current events.  Here's one recent view of what's going on.  I neither endorse nor refute the video, but I did find it interesting.

Posted by Unknown at 6:35 AM No comments:

Recently I went back and looked at some of my old posts.  I noticed that a number of posts where I embedded Youtube videos, the videos were no longer available.  Sometimes it was because of third party copyright issues, other times there was no reason given.  But it is far too common that I've embedded videos to be able to go back and correct every single post where that's an issue.

Instead, I'll occasionally post the following reminder - some posts have videos that have been deleted.  I apologize that some posts will not make as much sense as if the videos were available, but I am unable to correct every instance of these occurrences.  Please bear with those particular posts.

Email ThisBlogThis!Share to TwitterShare to FacebookShare to Pinterest
Labels: housekeeping

Election of a traitor

This I found to be very interesting because of what Obama is doing and his speeches, plus making friends with enemies of the USA. I was wondering before why he was doing that now I know.

Posted by Unknown at 5:16 AM No comments:

President Putin of Russia can laugh at any country he wants. He can take over any country with his EMP bomb and before anyone realizes it-it will be over. Then he would be free just to walk in with his army after sending in a couple of missiles and take possession of it or impose his own puppet. From what I understand any weapon that would require electricity to launch would not be possible as this EMP weapon would fry all the electrical circuits to a crisp. This bomb would be detonated so far up that I doubt anyone would hear it.

Apparently Putin is a chess player so if he would detonate it he might yell "CHECK MATE? instead of Obama yelling "Fore" for his golf swings. I hope he never detonates it but in this world today everyone seems to be grabbing for power.

That’s my little rant of the day.
Posted by Unknown at 5:13 PM No comments:

I entitled this post 'deceived' and what I mean is deceived by one's thoughts. Some people will ask 'what is this guy is talking about'? According to the Bible, if you haven’t lived your life according to the Ten Commandments then you haven’t lived by the word of God and therefore you are a sinner. And if you haven’t asked the Lord for forgiveness before dying then there is one place for you to go and that is hell, when you leave this God forsaken world.

Some people have so many problems in this world that they don’t know what to do so they think about suicide. Their thoughts are that by committing suicide they will leave this world for a better world but they are deceived by their thoughts because there is a commandment that states “Thou shall not commit murder”. Well, by committing suicide you are committing a murder and that is the murder of oneself. According to the Bible, that is an unforgivable sin which is punishable by a second death as your soul is incinerated never to exist again. To think that dying to go to a better life is folly - you better start thinking again. I would safely say that a person that doesn’t commit some kind of a sin during even one day then that person is an Angel of God and shouldn’t be in this world of sinners. That means if you die in your sleep and haven’t asked for forgiveness forget your better world.

Like I mentioned before I am not too much of a religious person but no one can go wrong by living according to the commandments as they are straightforward and you don’t have to be a very religious person to live by them.

What I have noticed by watching this video is that it’s exactly what I was thinking of by watching what Obama has been doing by his conduct.Maybe it's far-fetched but there's a lot of things that have happened that I would not have thought possible a few years ago.

Posted by Unknown at 9:39 AM No comments:

Even though I am not an American I am worried about the next election coming up in the USA. Here are my reasons why I am worried. What Obama has done to the country is bad. He's damaged it. I am really worried that if the person that becomes the next president of the USA is someone who has worked with this supposed to be leader they've taken on his ideas (or just always shared them) of how the country should be managed. I would imagine that this person would keep on destroying the country by continuing on Obama's agenda with no transparency and all we would be liable to hear would be more lies.

To me vice president Biden might be able to manage the country if he follows his own ideas if he ran for the presidency. I would say Mr. Donald Trump also has the disease of being egoistical. Whenever there's a video of him rambling on, he always seems to be talking abiut how great he is. He seems to be honest and says what is on his mind, but sometimes if you're not using diplomacy when speaking or negotiating, it could have bad results that could bring on a war or hard feelings towards the nation. That's no better than Obama.

Mrs. Hillary Clinton to me she would be the continuation of Obama I was referring to earlier and that would be the end of the nation. And I don’t mean maybe because she shows it just the way she talks and handles herself when confronted with something and she gets the look of should I tell the truth or what?

If I was an American those 2 would be the last ones that I would vote for.

That is my short rant of the day.
Posted by Unknown at 3:49 PM No comments: