A Third World War?  I don’t like thinking about stuff like this because it would be death and suffering the world over. And I mean suffering for the ones that would not be killed.
According to the news that I read about all these Dictators (meaning Iran and North Korea) it's certainly a possibility though.  In the case of , North Korea if they decided to attack South Korea then the USA will defend South Korea.  Of course then  China will get involve because they would not want the USA to be on their border and North Korea is still an ally.  With China and the USA involved a Third World War is almost a fait accomplis.
Then there is also Iran and the greatest instigator of them all - Ahmadinejad. It seems like he’s doing his best to aggravate the USA to attack them because of the statements that he comes out with its as if he had the biggest army and the most deadliest weapons in the world.
While he keeps on saying he’s not trying to build a bomb actually he could have another place underground working towards building one. Another nation that could and might decide to blow up his nuke centers would be Israel - for their own protection.  While all this diplomacy talk, his nuke experts could be trying to build a bomb. I think its about time that something is done because eventually he will have his bomb then it will be too late for diplomacy. Diplomacy is good to a certain extent, but a time comes when diplomacy is not working then it's action that is needed and in this case the sooner the better - before its to late.
That’s my rant for today.
I will not be posting any thing during the Holidays, so this is probably my last post for the year.  If it is, have a Merry Christmas and a Happy New Year.
Bob
Posted by Unknown at 8:39 AM No comments:

I thought that some pastors in the U.S.A. would come out with some weird statements at times. This Islamic cleric has them beat with his ideas.
I was surfing the internet the other morning and here is what I found:

An Islamic cleric residing in Europe said that "women should not be close to bananas or cucumbers, in order to avoid any sexual thoughts.”

If any one is interested in reading about more stupid statements I would refer you to this site http://bikyamasr.com that I found all this on .He also has something for men they should stay away from. You want a good laugh? read all of it, even Islamists find this stupid.
Posted by Unknown at 8:39 AM No comments:

This last month of the year and the first month of the following year each have a special holiday - Christmas. and  New Year.
In Canada it has always been customary to greet people with a "Merry Christmas and a Happy New Year". Now though, because it offends some certain people, they want to refer to these holidays as "Happy Holidays". 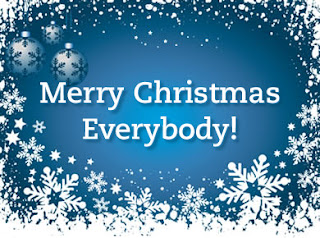 Well, Mr. Harper being the Prime Minister you have the power to give us Canadians back our country. Mr. Trudeau took it upon himself to screw us Canadians by more or less giving this country away.  He had the power to do that, so you should have the power to reverse that.  Get rid of this Multiculturism garbage (and I could say the free trade agreement, but that might not be a good idea). When I hear someone say "don’t say Merry Christmas or Happy New Year because it might offend some one", my answer is "Go to hell, this is Canada and I am a Canadian and I will not change what has been a tradition as far as I’ve heard it for the past 77 years of my life".
On that note I will end this rant by wishing all a Merry Christmas and a Happy New Year.
Posted by Unknown at 6:07 PM No comments:

I envy people that have to go out and work. My reason for saying this, is that while you're working, you're not sitting at home and listening to the news on the television or reading the news paper for lack of anything to do.
I know, upon reading this, some will say or think this guy must be crazy. Well after having worked for almost 60 years and then all of a sudden, sitting at home with nothing to do except listening and reading the news,  that’s how I discovered how sick this world is.
Read more »
Posted by Unknown at 1:37 PM No comments:

What some people won’t do or say in order to get money, even resorting to telling lies to kids. This morning I happen to look at the web and I found this. Where will Santa live?  I went on it to see what it was all about and this is what I read.

Santa’s work shop is sinking. Then it went on to say that thanks to climate change, the North Pole is no longer safe for Santa’s work shop. Help him relocate by purchasing his emergency supplies!

What kind of people is this that would scare kids with this kind of lies? This was also mentioned on the radio as to what was on his web site.

That is my rant for the day.
Posted by Unknown at 5:31 AM No comments:

This is just a thought not a rant. I remember when I was a kid living on a farm and old enough to help my grandfather around the farm preparing the fields for when the time came to plant the seeds. 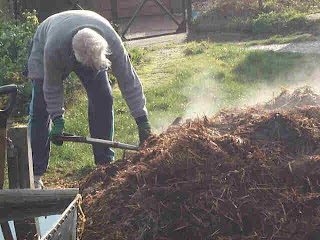 My job was first to harness the horses then get the manure wagon out and go to the barn and load it up. Then I would, of course, go to the fields and spread it all over, including the gardens. This was all new to me so I asked him why we had to spread all this stinking stuff on the fields?
His answer was that this is what we call fertilizing the earth to make it richer to feed the seeds so we can have a good crop.
This morning, for  some reason or other I started thinking about that and then it dawned on me. If that manure was to enrich the Earth then the seeds would be nourished by that same Earth that I spread all this manure on what exactly am I eating???
Like I said just a thought.  Have a good day.
Posted by Unknown at 5:31 PM No comments:

Every day we read or hear of someone who has disappeared.  Once reported to the authorities an investigation is started  to find that person. Sometimes they are found alive and well and other times deceased or not found at all and so the search goes on.
In the kind of world we live in ,we all know that we can expect anything to happen. Kids being abducted,  raped then killed, it happens.  The same goes for adult woman and even men sometimes. The bodies are sometimes discarded as if they were just garbage. What happens when the  bodies aren't found, the families of these people that have disappeared have no closure.  Some of them will spend their lifetime believing that someday their loved one will show up or get a phone call saying that the love one has been found. With good or bad news.
This is all heartbreaking and it would be great if it never had to happen.  My solution?
People have implants inserted into their pets, so why not people? These implants for humans could be inserted through an orifice of the body and located somewhere inside the body where it could not be reached and there would not be any scar to indicate where this implant would be or that the person has an implant..If it was installed just under the skin the abductor/s would  know  where to look for it and then cut it out and throw it away.
If for some reason or other the implant was taken out and thrown away some where it would be found then the only thing left would be to find the body because it would mean that a murder has been committed if there was any indication that the person has an implant. This could be monitored by the RCMP.
That’s my idea of the day.
Posted by Unknown at 6:31 PM No comments: