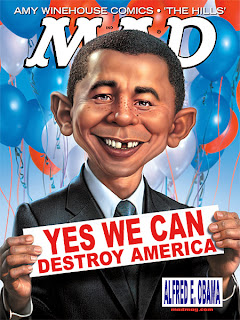 Who did you Americans elect in the last election? Could it be someone sent from a third world country to win the election and to destroy the nation?  To me it seems that would be the way to do away with a nation that pokes its nose in other governments' business.  Wouldn’t it? If that is so, then the one you elected is doing a good job of it.  Plus he's busy alienating friendly nations while making friends with not-so-friendly nations (towards the USA). Why did you not once, but twice elect him president?  It makes no sense.

Can anyone tell me what this supposed-to-be-president has done to keep up the reputation of the USA? And what has he done to prop up the economy? Actually I should ask what has he done except caused chaos in everything that he does? I get the impression that he thinks that the citizens are all stupid and that he’s the only one that can teach them how to live.  People lived for thousands of years before Obama showed up to show them they were doing it all wrong.  What a relief now that he's finally here to straighten everyone out.
Seriously though, if there weren’t so many chickens in that White House the supposed-to-be-president would have been impeached a long time ago. I just can’t understand why after all the things that he and his cohorts have done (and not done) that they are still allowed to go on destroying the nation. He has shown that he has no respect for the people that have elected him.

He has also shown his dislike for the nation on many occasions. He doesn’t seem to be interested in going after terrorists that have kill some citizens (despite the occasional drone strike).  He's not interested in trying to get some citizens of the USA released from those jails (or should I say dungeons?) which seem to be places of torture and killings? I really believe if they were Muslims, athiests or other non-Christians he would have them released in a hurry. 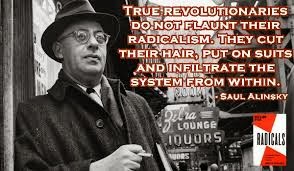 I will say this, I am not an American, but what this guy is doing amounts to an enemy taking over a nation. But this is all being done by him.  And he's doing a good job at it while being helped by his cohorts. Those cohorts either don’t seem to know what is going on or realize it, or else they don’t know what to do about it, or they are scared of failing and losing their jobs and reputations.  I guess that those two things come before the nation.
Like I stated. I am not an American, but I have to speak up when I see injustice done to a nation and its people.

The comments stated in this rant are my opinions.
Posted by Unknown at 9:53 AM