This is unbelievable (because it's not true) 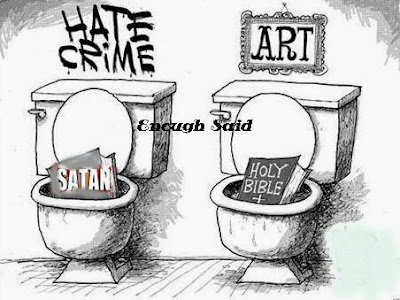 I entitled this unbelievable, because I simply don’t believe it. That's with good reason - it isn't true.  I’m not the one that dug this up. What archeologist have found (according to satire site The Onion)  put what is written in certain parts of the Bible in doubt.I'm not going to write what was written about Jesus because it's pretty offensive.


Like I mentioned, don’t believe this, as The Onion is a 'humour' site. But it makes me wonder how much someone can get away with under the banner of humour.  If this were a joke about the prophet Mohammed, would there not be a call for a global jihad to murder the writer(s)?  Is it simply okay to insult Christianity with such base defamation as this?  Apparently it is.

If people had a bit of sense about insulting others and did not take things too far a lot of bad feelings could be avoided.  Yes, it's free speech, but the political correctness that extends to not insulting people based on their race, ethnicity, gender or sexual orientation apparently does not extend its courtesy to Christianity.  So political correctness is a bed-fellow with Islamic jihad to allow Christians to suffer the brunt of all insults going forward.