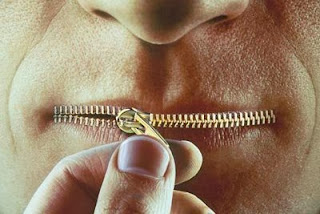 Tonight while reading either Fox News or News and Current Events - I don't recall where I saw this unfortunately - I noticed this article about what Obama was supposedly doing in Chicago bars, before running for the presidency of the USA.  I will not say what this big mouth accused Mr. Obama of doing in those bars. If you want to find out go and read the news, that's up to you. While I don’t like Obama for what he is doing to the country, I especially don’t like blabbermouths.  Back in the war they used to say loose lips sink ships.  Loose tongues are all over the place these days.

Obama was smart enough to con people in giving him a job as president. Up to now, he has not shown any sign of being able to lead whatsoever. But while what he is doing now is everybody’s business, what he was doing in his private life is no one’s business but his own. He was allowed to run for the presidency of the USA and he was elected. If you think that what you have to say would have gotten him disqualified, then it was up to you to speak up and show proof of your accusation before the election. Since you didn’t, then I would suggest that you delete it from your mind and just move on.

This man is a human like you and I. He is allowed to make mistakes. In fact he is proving that he is human by the lies that he throws at the citizens each time he opens his mouth.  In that way he's pretty much like all humans on this Earth.

I don’t want to seem to be standing up for this so called leader.  He deserves to be criticized for what he is doing now but not because of his past. What he is doing now is screwing up the country so badly, that the next thing you’re liable to read or hear about is that, the USA has gone bankrupt.That's enough to criticize, more than enough.