The Iranians did it again. 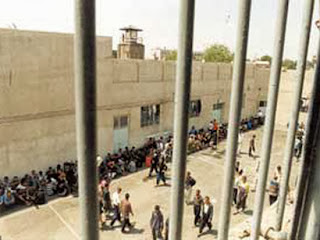 The Iranians did it again. Yes indeed, the Iranians once again have triumphed by winning more time for their nuclear weapons project.  Not only did they gain more time, but they also managed to get a little bit of economic relief in the form of $8 billion from the sanctions that were previously imposed on them. I have to give them credit - they are smart.  They now have a pretty good track record of outsmarting those who thought that they could outsmart Iran with diplomacy (i.e. Obama and his team).  When it comes to making deals,  Iran seem to be the best or at least currently they are the best. In this situation they could never have been beaten because they always had something up their sleeve (as the saying goes) and they knew how to use it.

What was up their sleeve I could not say, but they knew the president of the United States wanted a diplomatic solution and that he was more interested in looking good politically than ensuring global safety.

There is something else that I’m puzzled by and wondering about.  Why the release of the people that are imprisoned in the Iranian jails were not included in the deal or even the meetings with Iran. What about trying to get them released from that hell hole?

And what about the doctor in Pakistan who helped get Bin Laden?According to reports he is beaten and tortured, but it looks okay on the president because he’s already helped catch Osama Bin Laden.  Now it looks like he doesn’t exist anymore. The last I read they were going to charge him with murder. Could it be that he doesn’t count as a human anymore in the eyes of some politicians because he is a Christian? I'm not saying that's the case but he's fallen off the radar and no one in Washington seems to care.  But it really wouldn’t surprise me much if the Christianity angle was at least part of the reason, because more people are turning against Christianity.  If that is so and there is a hell, I hope they are sent there once they leave this God forsaken world and burn for all eternity.