Obamacare is a rip off

While reading the news this morning I happen to see this article about a family that received a letter telling them how much their insurance with Obama care will cost them per month. Their insurance that they had bought for $333 under individual plan will now cost them $999 a month.Apparently it's not enough that this man has weakened the security of the nation, made more enemies for the country, been rife with scandals, cover ups and lies, invaded people’s privacy, used diplomacy as a cover up for not going after the terrorists, ignored sections of the Constitution to satisfy his ego, been anti-Christian, and been nowhere to be found when something’s happen that would require him to be at work. Now he has to unload the mess that is Obamacare on the people of the country. 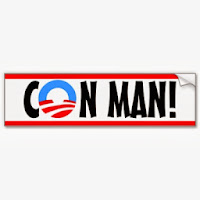 The longer this man is at the helm, the more dangerous it becomes for the USA as a leader nation of the free world.

This man is destroying the nation little by little - whether he realizes it or not he’s doing it. Again the other day I happened to see another article on Fox about a poll and the question was, "Should Obama be impeached?"

My God, what a question to ask! Ask yourself this question what has he done that was any good for the nation? What didn’t he do that could have benefited the nation?  Should he be impeached?  Name one reason why shouldn't he be?  Get a real leader America, and not one that thinks he is a king who doesn’t seem to be interested in anything but Himself.

I’m sorry folks I said I would slow down in writing about Obama but when I read about things like I did this morning - Obamacare turning out to be a big rip off of poor people - I have to write about it.

That is my beef for today.
Posted by Unknown at 4:52 AM

Email ThisBlogThis!Share to TwitterShare to FacebookShare to Pinterest
Labels: Obamacare, rip off