Judy Miller: Obama Has 'Made a Mess' of Syria 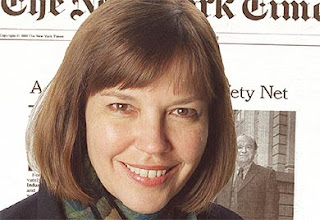 While reading NewsMax last week I came across an article in which Judy Miller talks about the mess Obama has made of Syria. I’m just wondering if upon making that statement Judy Miller thought that she was telling us something that we didn't already knew.  Seriously, she must be crazy if she thinks everyone didn't know that already.

It is bigger than just Syria though.  There doesn’t seem to be too many people that think Obama was the best person to be elected to be the president of the United States. I wrote before mentioning who was the most dangerous man to the American people and it wasn't Assad, it was Obama. Now the more I read about him, the more I realize my mistake. What I should have said was, not only dangerous to the American people but to the whole nation. If this man is not a candidate to be impeached, I don’t know who would be. From what I keep reading about what he should be doing and what he doesn’t do, it indicates that he just doesn’t care about the nation except when it comes to finding ways to degrade its security and reputation.  He has been doing a good job of those things unfortunately.

What ex-president Nixon did while he was in power, was nothing compared to what this guy is doing. I honestly can say I don’t remember the USA ever having someone as president who couldn’t care less about the nation that he’s supposed to be the commander in chief as this Obama guy. He is one big screw up who will make sure that if a war does break out,  that the USA will not have anyone on its side. Making enemies of friendly countries and causing mistrust from the balance of the friendly ones. I would also say that he could be responsible for a next world war.

The way I see it this Obama is no friend to the USA. His agenda is starting to show its teeth. Whether he realizes it or not, that is the impression that he gives. I am 78 years old and as far as I can remember I have been studying the way people think, how they conduct themselves, and who they mingle and get mixed up with. My education stops at a college degree but what I’ve learned by studying people has surpassed all the education from schools and college.   My point is that I don't think I am wrong about Obama.  I think Judy Miller is wrong though.  Obama hasn't just made a mess of Syria, he's made a mess of the USA.

Those are my opinions and rant of the day. I hope I am wrong on some of them.
Posted by Unknown at 7:40 AM