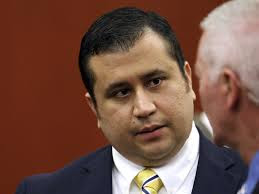 I’ve been reading a lot about the Zimmerman trial and there are things that just don’t make sense to me. According to all the different statements that we read in the news, plus see on the talk shows, I find it kind of weird that this man was found not to be guilty.

My reason for saying that is because most men of his age have been in the military and if this man was, then he was trained for hand-to-hand combat. Even in the police force, he must have had some self-defence training. Plus he has first his gun then his stun gun and then his nightstick or baton whatever you prefer to call it.

Another thing that doesn’t add up is, if he could reach his revolver why didn’t he reach for his stun gun instead of his revolver? And another thing. say he had the intention of shooting this kid, could he on purpose let this kid bruise him just to make it look that the kid was getting the best of him? Then he could go about claiming that he feared for his life? He would have all kinds of bruises to prove it.

Now my way of thinking could be wrong but I say this man should have been convicted of at least manslaughter (first degree).

On another note, President Obama had no business making the statement that he did by saying if he had a son he would have looked just like Treyvon.  By the president making that kind of statement it more or less put some doubt as to whether it was a racially motivated killing. The president is allowed to state his opinion like everyone else but, he should have known that is his statement could have had some influence on the jurors.

Those are my opinions and rant of the day.

UPDATE: I did not follow this case very closely and I took it for granted that Zimmerman was a police officer and after reading more about him it turns out that he was just a neighborhood watch person. That’s why I mentioned the weaponry that he must have had on him. I apologize for commenting on this story without the full details at hand.  I had no intention to mislead. I may post more on the subject in the future now that these other facts have become known to me.
Posted by Unknown at 11:58 AM