Now here is an aircraft that was built to destroy life without endangering the life of the one that guides it. This is another of man’s invention to take human/s life. And for what? Is it just to gain power over another nation or just to be greedy? This is the kind of aircraft I believe that could be built to be invisible to radar and be armed to pull off a sneak attack on a nation’s enemies. 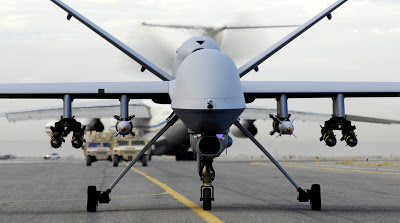 I believe a nation that is equipped with this kind of aircraft that can travel long distances, does not need to build missiles to reach the nation(s) that is/are too far away. I say this because these aircraft can be made (and are made) to carry the weapons that would be needed to strike another nation. Iran is a country that I was thinking of when I started writing this and then Israel also came to mind.

I believe that when the USA started building these aircraft, they should have been made to self-destruct if for some reason or other it was going to crash or another nation was taking over control of it.  This was apparently done by Iran according to what was reported out of that country. Now they know how to build these.

Since these aircraft can carry weapons they can just as well be armed with a nuclear bomb and the aircraft would become the missile to carry it, Couldn't it? The aircraft itself being invisible to radar makes it a very dangerous weapon.

Maybe my imagination is working on overtime I don’t know but it’s my way of thinking.