Wondering who is charge? Me too. 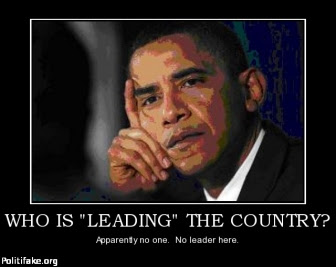 Like I have mentioned before, I don’t care for politics that much, but I still like to read about it especially the politics of the United States Keeping on reading about the politics of the USA it has shown me what happens to a nation that doesn’t have a real leader. Not having a strong leader allows some of the officials in some departments think that they can ignore the rules that were set out for their department and go it alone with their own ideas of how their department should be handled.

The results of all this has been shown lately even to invading the privacy of the citizens which has been proven by the actions of the IRS. I have never read of so many scandals and leaks of files that should not have been made public since this president was elected.  I have never read so much about terrorists getting away with murder and it being covered up by diplomacy which to the terrorists allows them to feel protected. In other words they are being protected by diplomacy because they realize that the United states doesn’t have a leader that will go after them.

Yes I will agree that drones are being used to get the commanders of some of these terrorist groups but, what happens to the groups that are on their own?  Do you remember about the doctor that helped in getting Bin Laden? Now he is in jail.

I received a newsletter from Fox News and here’s what it stated:

Dr. Shakil Afridi has helped the U.S., but now his supporters say the U.S. must do more to help him.

It was the Obama administration that sealed the fate of the Pakistani doctor jailed for helping nail Osama Bin Laden, by divulging key details after the fact and dooming any chance Shakily Afridi cover story could win his freedom, according to a confidential Pakistani report. While reading Fox News this morning where it says latest stories there you will find out who the talker was that caused this Dr. to get caught. The result wagging tongue without any consideration as to what could happen to this person that risked his life for his country. To sum it up each department seem to be on their own and no one to answer to for their actions.

Is America leaderless? I think it really is, and that is my rant and opinion for today.
Posted by Unknown at 5:07 AM

Email ThisBlogThis!Share to TwitterShare to FacebookShare to Pinterest
Labels: leaderless