Who is the most dangerous? 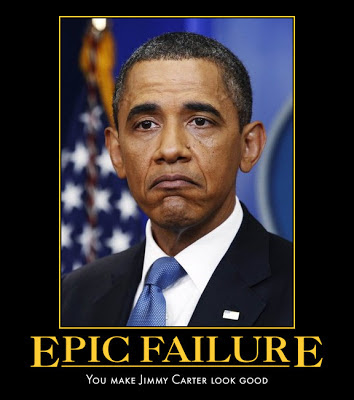 Who is the most dangerous to the American way of life? I would say at this time it seems that both the Jihadists and the Obama administration are competing for top spot. In different ways of course. The American citizen has to be on the lookout for the terrorist because their lives depend on it and the administration of Obama is more or less doing the same but by snooping on the citizens and more or less taking their free speech and privacy away under the pretense of doing it for the security of the nation.

Obama doesn’t act like a leader but he behaves as if he is still learning as he goes along.  He doesn’t seem to realize that His big ego is getting him into all kinds of trouble. I can’t understand a man with his supposed intelligence doing what he is doing.  Sometimes I wonder if he is really for the people of the USA or just for himself because as it is at this time with all the scandals and the lies cover ups infringing on the citizens privacy, to me it seems like it’s all for himself and no one else.

If this man is not removed I can see the USA becoming a communist country and if anyone doesn't believe me just sit back and take a good look at what is going on. Privacy on the way out, free speech on the way out. His cronies lie for him, citizens are getting killed but there’s no going after them even though knowing who they are shown on a video, and yet he doesn't realize when diplomacy has ended and time for action has come.

He doesn't seem like the kind of person that would really stand up to the Jihadists - his excuse is diplomacy. I would like to ask what kind of a person is it that was intelligent enough to con a nation to elect him as president and now it seems that he is doing more harm to them than he does with the Jihadists. All I can say is that you people seems to have been taken in by a first class politician that doesn't know what his job and responsibilities are.

This kind of goings on that make a great nation the laughing stock of the world actually makes me sick.  Now initial polls indicated support for the spying on citizens, but as the details begin to come out the president's support is slipping, as it should be.  Too bad the lights are turning on for far too many voters too late to prevent this non-leader from getting a second term. You bet he is dangerous to the American way of life. Most dangerous.
Posted by Unknown at 7:44 AM