The fall of what used to be a great nation

The title of this rant is appropriate for what I can see is happening in the USA. Debt in the trillions, and insufficient cuts made to cut it down,  but cuts to the military which would weaken it, a new law of Obamacare which will cost citizens more for health care and more or less discourage  doctors from continuing their practice for lack of  income that they should be getting for their work (more or less forcing them to either quit their profession or move to another country) are all symptoms of a failing nation.

With all the scandals that have been discovered instead of the president staying around to try and straightened things out, he decides to go for a holiday and it will cost the tax payers around $100 million. And for what he’s bringing with him you would think that he’s going over there to start a war. I realize that he needs to be protected but isn’t this more or less over doing it considering the amount of the debt? Is he blind to the situation the country is in? 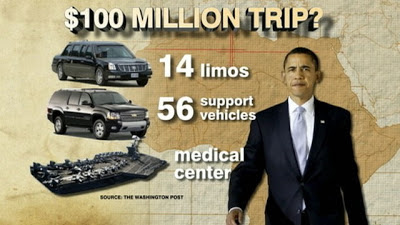 And now according to the news he’s pushing for nuclear arms cut in a Berlin speech. If this was to happen it would put the USA in a dangerous position because of all the nations that are not happy with the USA.

I will say that everything that has happened and been done since this man has been president I get the impression that he is for himself and against the nation. All a person has to do is sit back and read all the reports from different news outlets and digest those reports to see it. That is what I do and I can only say that as soon as this person is gone from the White House, the better the USA will be and have a chance to get back to being a great nation. The longer this supposed-to-be-leader remains, the deeper in debt the nation will be and the more dis-accord, loss of freedom and speech and privacy will be.

I shouldn’t poke my two cents worth in this ,but whatever happens in the USA affects the politics over here who is supposed to be Canada.

I know I have written a lot lately about what damage the president has done to the United States, but that is only because of how critical the problems have become.  Everyone should be concerned about this.
.
That’s my beef for today.
Posted by Unknown at 10:28 AM