One way to lose friends is to make them mistrust you by lying like hell.  The president has accomplished just that by lying to cover-up things that he was responsible for having happened. Another thing he's been responsible for that has a negative impact on friends and supporters is telling other people to lie about certain things to hide his lack of knowledge on how to take care of things like a president should do. Come to think of it doesn’t  he have a vice president to take care of things when  He's out golfing?  Way to go Mr. Obama. 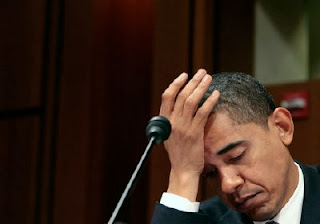 Anyone interested on reading as to why the USA has lost another country that was a friend and has now turned to a country that is not too friendly with the USA  but rather Russia should read this article. The Egyptians are convinced that Obama was supporting the Muslim Brotherhood.  In the past they even had a sign that said "Obama el Suporte Brother Hood". The way Obama has been acting it’s as if he was indeed supporting the Muslim Brotherhood by wanting to declare the ouster of increasingly despotic Morsi as the leader of Egypt a coup by the military and then talking about cutting off aid.

I could be wrong, but to me this was not a coup. It was the people's will that the military take over because the people were not interested in having a bunch of killers in charge of them, and especially a man that will change the Constitution to what he would like it to be. It seems Mr. Obama tends to do the same with the USA’s Constitution. It looks like some countries are turning more towards president Putin for help since Obama’s idea’s was foiled by Putin’s diplomacy over Syria’s chemical weapons.

Well now, just how many more countries that are friendly with the USA will finally turn against the USA?  I can honestly say that I wouldn’t blame them because of all the lies and cover-ups that have happened in the Obama administration, including spying on friendly countries and its own citizens and invading their privacy.

The way things have been happening in the USA we have a choice; we can say the USA is being turned into a third world country or a communist country. Take your pick. One of these things is liable to happen before the next election, if a war has not been declared by then. The way things are going at this time, I hope I’m wrong in my thinking, but there are too many countries talking about buying this and buying that to reinforce their military with better weapons.

I would say this-is my little rant of the day and I would like to say sorry for writing about Obama again.  When I read about a nation turning against the USA because of not trusting its president and this president acting as if he was against them, I have to write something. I never thought that countries that are supposed to be friends with the USA would turn to the president of Russia for help. That doesn’t say much about the leader of the USA does it?

That's my rant of the day.

P.S. And by the way, the people that were getting shot at by the army were Brother Hood sympathizers and not the people that are against the Muslim Brotherhood, as some would want you to believe otherwise.
Posted by Unknown at 9:00 AM