The ship is sinking more and more. 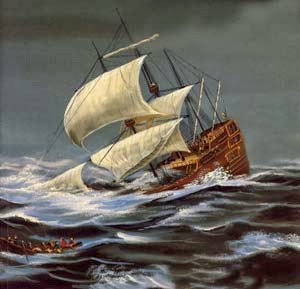 In a post that I wrote referring to a rudderless ship, I forgot to name that ship.  The name of it, is the USA. This ship has been sinking for a long time now and with everything that has happened and still is happening, has widened the leaks.  If something is not done about it, I can see it going down deeper and deeper faster and faster.

There is only one way that this ship could be saved from sinking to the bottom of the ocean. I think if the government would start telling the truth instead of being deceitful to its citizens, that would be a first step towards patching the holes in the ship. The second step, remove Obamacare.  It is causing the citizens a lot of money and confusion.  This supposed-to-be law that has been enacted called Obamacare, from a supposed-to-be president, is causing a lot of  hardship to a lot of people. Just these 2 steps might slow down the sinking until a suitable commander in piloting that ship can be found.

People want transparency from a government and not lie upon lies. Scandals and scandals, secrecy and secrecy are not a formula for success. From what I read in the news there is absolutely no transparency or truthfulness most of the time. Now when people hear something coming out of a politician’s mouth, they don’t know what to believe.

I can see this ship going to the bottom slower even if only that Obamacare was repealed and the people that had insurance could go back to their plan that they had.  The ones that are not insured or don’t want any insurance might settle that. I also read about those ads coercing students to sign up.  I hope they are smart enough to realize that they are used as pawns to just signing up to this Obama care just so the richer will get richer and the poor down the dumps.

Those are my opinions of all the garbage that is going on in the USA. If there ever was a nation in disarray the USA is it.
Posted by Unknown at 1:51 PM