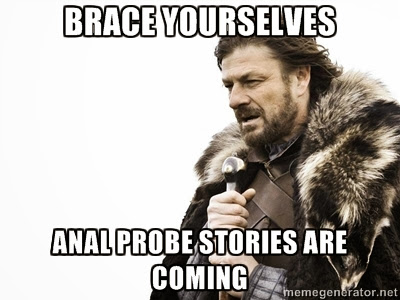 You might be interested as to what could happen to you in the USA if you get pulled over and you tighten your butt. I would say some police officers might think that you have some drugs up your bum and that could land you in a hospital to be treated as a person that has no say as to what happens to you.

If these so called "police" that are hired to protect the public have no regard for other humans and they act upon a hunch that you may have drugs up your bum (simply because of you tightening your bum) well, then they show the contempt for citizens that you'd expect to see in a third world country. Don’t these guys realize that most people are nervous when they get stopped by the police and they just tighten up? But it doesn’t mean that they have drugs up there. I do watch the TV show Cops and yes I seen some of them pulling out drugs from the crack of their bum once they're pulled over. But to treat a person like I described in the post, is beyond being inhumane and they should all be jailed and/or fired.  the same goes for the one that signed the search warrant.

Just be careful if you get stopped by the cops in the USA -- do not tighten your bum because if you do you are screwed.