The acceptance of Islam

While I was reading Fox News last week I noticed an article worth ranting about: Public school promotes 5 pillars of Islam (as reported by Todd Starnes). I would say little by little this is creeping in. I’m not surprised, because of all the things that go on in schools, colleges and universities about any religion or anything that would represent any kind of religious beliefs. 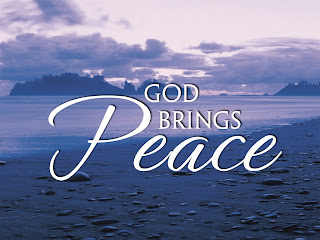 Some person anonymously wrote me a comment in regard to a post about non-believers. It was a person that refuses to believe that anything of the sort could happen in the USA. Well it’s like everything else, whether it be religion or not. Nothing is going to stop the advance of Islam, or at last Islamic demands, because Islam already has a foot in the door and it's keeping it open.

The only thing I find wrong with this religion (Islam) is the core belief that you’re not allowed to believe in any other religion but this one. That's not different from some other religions other than the extent to which they go to try to impose it.  The Ten Commandments say to have no other gods before God, but it doesn't tell people to enforce that same code upon everyone.
They entice people to join because their reward when they die especially martyrs will have what they say 42 virgins waiting for them. This is just like the Catholic religion where we were told that when we die our loved ones that have already departed would be waiting to welcome us. But if you haven’t confessed your sins before dying you go straight to Hell.
This is all bull to me. I suffered a heart attack some time ago and was dead for a brief period. When I died I never saw any loved ones that died before me. In fact the only thing that I saw was two buildings and a fence and two big gates. On a little hill on the left hand side was a tiny house blue and white in color and the big house reminded me of a big garage with a big fence in front of it and the two big doors to that building were also the entrance of that big building.
And the landscape, as dreary as could be. There is one thing that I do believe in, according to the family that was there at the hospital not too long after having received the last Rites of the church, my soul came back in my body and the doctor that had pronounced me dead said that he couldn’t understand that I came back alive. He must have thought that I was some kind of a monster because he never came back to see how I was doing. I am convinced that it was the Last Rites of the church that saved me.
All religions are supposed to be about peace. Like everything else radicals had to write what they thought was their way of pleasing God.  To my knowledge there is only one God, but different Prophets. Muhammad and Jesus and two others which I forgot their names for example were different prophets.  These were the founders of the four main religions. In any case, the one thing I can say with certainty is that God is a forgiving God and I don’t believe that He would want people to kill and torture others in order to please him.
As for violence in a religion, any religion, it’s because there are radicals that have included that in their way of believing. And in order to satisfy themselves that believe it’s God that demands it of them. They also feel that everyone should be tuned to the radical’s way of thinking as far as they are concerned. Just because some people have their way to pray to God doesn’t mean to say that they are against God.
Now tell me, what kind of comment do you have for me on this one Mr. Anonymous?
This is my rant of the day. Have a good day.
Posted by Unknown at 12:18 PM