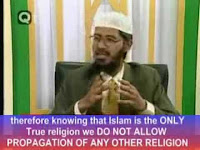 I find that in the news on radio and television there are a lot of complaints coming from the Muslim world about them being considered as un-trust worthy. I would say they are reasonably correct in their assumption that this is the case. The facts are that the good Muslims are not showing the world that they don’t belong in the same category as those radicals who debase the religion. This is because they don’t seem to be doing anything to try and stop them or even denounce them. So the results are that all Muslims are regarded as being in the same state of mind as the radicals. It’s too bad that things have to be that way because the good ones have to suffer the mistrust that the radicals are responsible for causing.
Here is an example: Pakistan which is a country that is supposed to be friendly with the US .  Yet for years they were denying the fact that Osama Bin Laden was in their country.  But then it was proven that he was when the American military got him in that country. 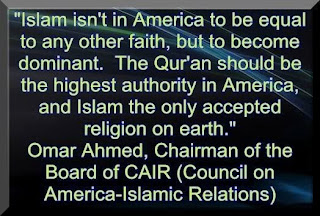 Other countries like Syria and Libya have not helped the cause of Muslims. Their own presidents turned the army against their own people. Granted these leaders were clearly not devout Muslims like the Muslim Brotherhood, but they were allowed to make claims in the guise of being good Muslims where their actions were basically atrocities.  Who spoke up from the moderate Muslim world to denounce these leaders?  These radicals will do anything to attain their agenda. I wouldn’t be surprised if some of them would undertake an effort to ensure that some Muslims get a good education in order to have them infiltrate the politics of another nation. I’m not saying that it has already happened but it is a possibility. Look at what happened in Egypt - it turned out that the army had to take over because Morsi belongs to the Muslim Brotherhood (a bunch of radicals that only know how to kill and torture, doing things like throwing a 14 year old kid off of a four story building, killing Christians and burning down churches).
Still they were getting help from the USA.  They have an aid package that includes fighter aircraft, tanks and thousands of gas canisters. Now the president of the USA is dithering on what he should do. I don’t know why because, he knows who the Brotherhood are and he knows that it’s the people that asked the army to take over.  I read the letter that was sent to the president of the USA from Egypt and on the letter it states they are sending a group to Russia to ask for help and later one to the USA.
I would say a country that is supposed to have democracy has to ask a dubious country like Russia for help, it looks really bad on the credibility of the US. The reason is because the president of the USA is a dithering leader. I think if the USA loses the friendship of the Egyptians that would be the last straw. The USA will have been known as a superpower, and a defender of democracy from the past without any credibility today. The reason for this is because of  Obama is pretending to know everything but he doesn’t know anything except to talk and talk. His big ego might not allow him to ask or take advice from anyone.  In this case he is harming Muslims because of his inaction, in the same way moderate Muslims are harming themselves by their inaction.  Combined, both things show that speaking out and taking action against injustice is better than silence.
On a side note, some people might say that I’m simply against the leader of the USA because I am always writing something against him. I will write against any president that ignores some parts of the Constitution to invoke his own ideas. By doing this and being allowed to get away with it leads to the question - when is free speech going to end in America? Privacy has already been taken away and I’m just wondering what is next that will be taken away from the people? When is Obama going to try and rewrite the Constitution like Morsi did in Egypt?
I actually feel sorry for those people that voted for Morsi. It was done democratically. But at the time people did not know that they were electing an imposter. A closet member of a bunch that murders and tortures Christians and burns down churches. I don’t know if this-is a coincidence but it seems that anti-Christianity has been more rampant since this anti-Christian (his actions surely indicate that)has been elected in Egypt.
Posted by Unknown at 11:18 AM