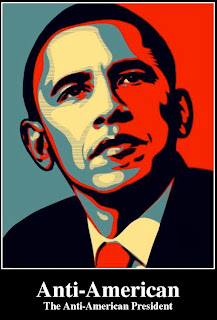 When an African American was elected as president of the USA, the American people were proud of that because they were showing the world that it didn’t matter what the color of his skin was. By the way he spoke while campaigning, he showed that he had a good education.  He spoke like he knew what he was getting into, and that he was able to do the job of being the president. He more or less convinced the people that with his ideas, he would be able to overcome the problems that existed at that time.
When he was elected the first time in 2008, it seems that he just took his time by doing certain things just to string people along to make them think that he really could do the job. He didn't really fix the economy he just spent a lot of money while focusing on health care reform.  Even that he did in a rushed way and many people were not happy with how it was done.  After being elected the second time he has showed that he could not care less about what anyone said about him and that he was going to do what his own agenda dictated, whatever that agenda was.

Well he has given us an idea as to what his agenda was. By the looks of it, it is to destroy the nation of America as much as possible with every means at his disposal. He’s even ignoring some of the
Constitution to do what he wants to do. He has shown that in his administration there is no honor its just lies upon lies.
Most of all he has doomed the chance of a future African American to become a president of the USA by his conduct.  If by chance another African American campaigns for the presidency of the USA and doesn’t win, he would be the first one to yell about racism but he would not claim that he was partly responsible for that.
Now in my next statement some people might say that I’m out of my mind for thinking this way. I would say that it’s just my opinion. Here it is: The way this man has been acting it’s as if he had in his mind to run as president and to run the USA down to nothing if elected. When a supposed-to-be-president of a God fearing nation is anti-Christian (and there was no indication before his election that he was)  and he is ignoring part of the Constitution to have his way, that invites problems.
Now this could be just my imagination, but I’m only going by what this man’s actions have been so far. Now mind you that’s just what I think.  I could be wrong and I hope I am, but time will tell.
There is more than one way to win a war and all avenues are open when the time comes. Obama's seemingly fighting a war against America.  If you tear something down a little at a time eventually you will get what you want. Everyone is entitled to their own opinions and ideas and what I just stated are my opinions as I see them.
That is my rant of the day.
Posted by Unknown at 12:48 PM