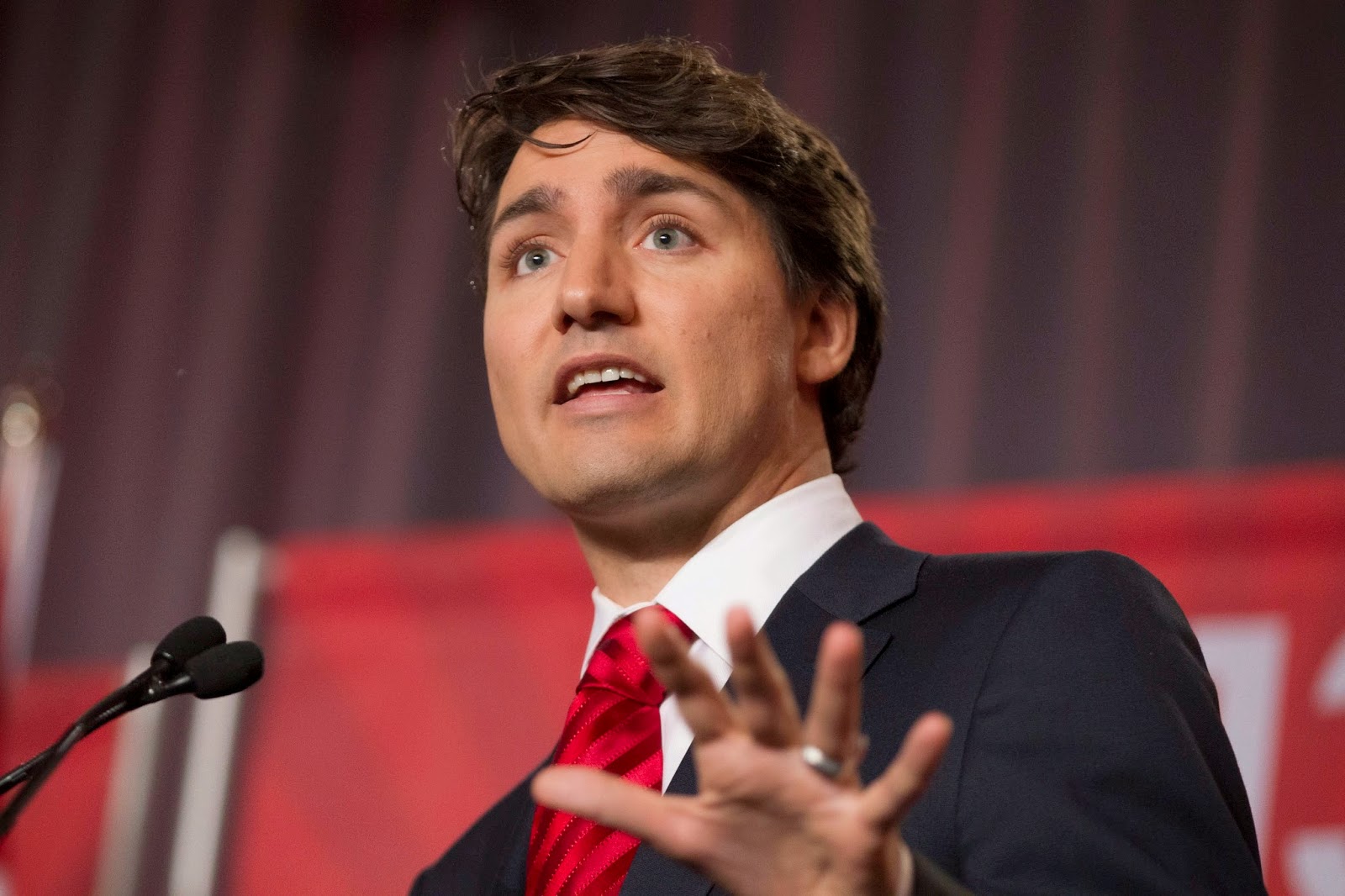 Those of us in the the older generations remember the now deceased  former Prime Minister P.E. Trudeau and what he did to this country while he was prime minister. He brought in Multiculturalism and also changed some laws to make foreigners more welcome in this country.  I have nothing against people wanting to come to Canada.  But Pierre Trudeau gave this country away to immigrants. Canada is supposed to be Canada, not New Italy or New Syria.  But by allowing people to keep their old culture rather than adapt to what Canada is, that's what I mean by giving the country away.  Canada isn't Canada anymore.  It's a bunch of clusters of individual cultures from elsewhere with only some of Canada left.


Now we have his son, the newest leader of the Liberal party, defending the Muslims and twisting Prime Minister Harper's statements in regards to Muslim woman wearing a face veil for taking the oath of citizenship or voting or serving as a witness in court.

Here is what is reported which I heard on radio station CFRA at 00:15 on March 10, 2015, EDT.
Trudeau says Harper government deliberately stoking prejudice against Muslims

OTTAWA – “Justin Trudeau is accusing the Harper government of deliberately stoking fear and prejudice against Muslim Canadians — employing the same kind of rhetoric that led to some of Canada's most shameful displays of racism in the past.”

All I can say to this kind of statement made by Trudeau is that if He is elected as Prime minister next Federal election we can say good bye to what’s left of this nation. I really believe that He will resort to the same thinking that his dad was using. I have nothing against Muslims except what the radical Islamists stand for.

So what of Canada is still left?  And what is with these Trudeaus?  Are they really so down on what Canada is that they feel the need to change it to what they think Canada should really be (which is something that does not resemble our Canada)?  Or are they just fishing for more voters to support them?  Either way, I see it as anti-Canada.