Why would the US want to purchase guillotines? 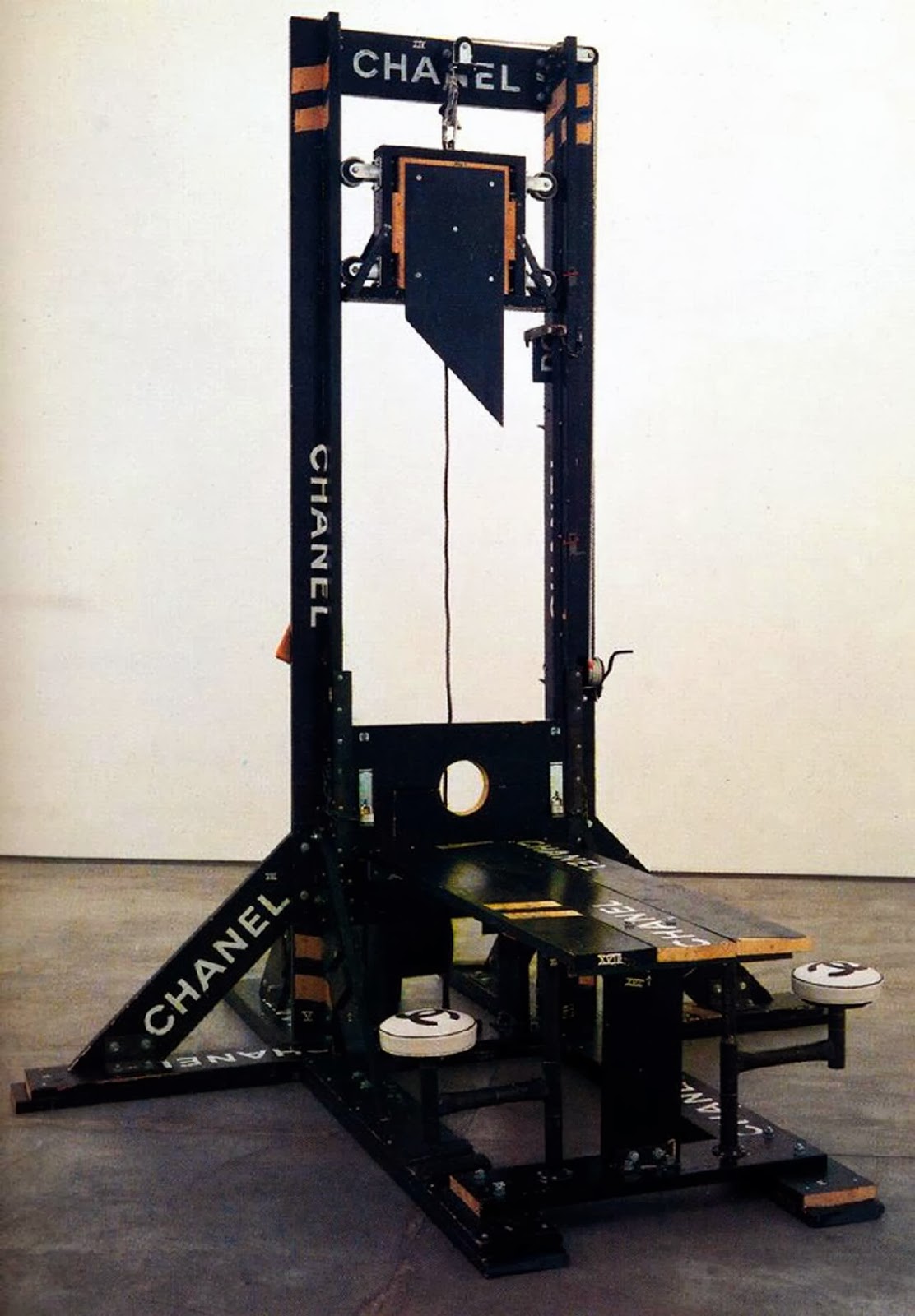 Does Obama intend to make a call to FEMA to start collecting people that don’t agree with his way of ruling the country? Previous to reading about this FEMA prisons, I listened to what Obama said during his State of the Union speech: “I have a telephone and a pen and if I have to use it, I will. Just one phone call” That sounded like a warning to what the citizens can expect if he doesn’t get his way. He's talking about using Executive Orders to bypass Congress to get things done his way. That's bad, but it gets a little scary when you look at this story.

Think about this; Why does the US government need 30,000 Guillotines and over 600 Million rounds of hollow point bullets?

There are over 800 prison camps in the United States. All fully operational and ready to receive prisoners. They are all staffed and even surrounded by full-time guards. But they are all empty. These camps are to be operated by FEMA (Federal Emergency Management Agency) should Martial Law need to be implemented in the United States and all it would take is a presidential signature on a proclamation and the attorney general’s signature on a warrant to which a list of names is attached. Ask yourself if you really want to be on THE list.

What other conclusion do you think a person can deduce, from what the president has stated? After reading an article about these prisons and FEMAwas in charge of that and that it’s ready to go at any time, just with a phone call? Apparently there are guards around, but at this time all these prisons are empty. I know it makes me sound crazy, but there are a number of sites talking about this. This video talks about it as well

Why such a vocal denial?

There was a bill proposed in Congress in 2009 that apparently has not been enacted yet that related to Homeland Security that deals with this FEMA camp issue.

As you can see this is not my imagination but what has been reported. What I have stated were my opinions only. Anyone can make up their own mind after having read these sites. Beheading is famous with Sharia law. So why would a nation like the USA would want to purchase those things?

Note that I’m not implying anything. But it sure has got me thinking about what is going on.

This is my short rant of the day.
Posted by Unknown at 7:51 AM