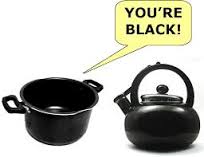 I'm insulted by an American that didn’t know what the hell he was talking about. If you are Canadian, you too should feel insulted. This person made a comment on Facebook that we were cowards in Canada for letting our politicians do and say what they want and we don’t say anything about it. I take it that he was an American the way he stated what he did and referred to his country as in "my country".

Well let me tell you, if you were an American then you have nothing to say about Canadian voters conduct and the conduct of our politicians. In case you haven’t noticed what you people have elected as president in America, you've got an incapable leader. He gets most every decision wrong. And I don't mean a little bit wrong, I mean about as wrong as it can possibly get.

This is a man who turned out to be a dictator. He's a man that will twist what is in the Constitution to gain what he wants. He's a man that is egoististical and a racist especially against white people. He's a liar and deceiver which he has proven himself to be. He has also turned a God fearing nation into a non-God fearing nation. He has weakened the nation enough that it could not sustain the length of a long-lasting war like it had in the past.

He has left the border open for his radical friends to come in and invade the nation when he has weakened it enough. The ones that will not go along with his wishes he seems prepared to berate or demonize or maybe even kill.

So don’t you call us cowards considering what you people elected as president. At this time president doesn’t require a capital. If you were not an American that made the statement about us and our politicians I apologize. But if you were then put what I stated in your pipe and smoke it.
Posted by Unknown at 6:26 AM