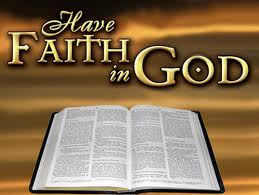 What is going on with Canada and the United States?

These two countries for some reason, seem to have turned against religion all of a sudden. Maybe it's been slowly happening, but it seems more sudden to me.  Did I miss it when the Messiah came down from Heaven and committed some kind of a crime? That would explain why there has been a marginalization of religion lately. Or is there just too much talk about the topic of religion?  Or maybe it is used in politics too often.  I don't know, but religion just seems to be a bad word, a bad idea nowadays.

Have we as Canadians and Americans turned into nations of unbelievers without faith? If this is so then we have a big problem.  If we don’t have faith in the good Lord then what do we have faith in? Ourselves?  I personally don't have a lot of faith in people (i.e. ourselves).  We generally don't have a great track record.  In North America we've had a better track record than most of the rest of the world as far as civility and decency.  But, we had religion helping us along.

I do think there are still a lot of people that believe in the good Lord, and I am one of them.

I have as my personal saying "a person without faith, is a person that is lost". Whatever is written in the Bible (e.g. the Ten Commandments), a person without faith does not believe in conducting themselves according to those ideas.  That person is a candidate for incineration once deceased. That’s my way of thinking.

And that's my rant today.
Posted by Unknown at 6:44 PM