If Israel decides to attack Iran, then there is a good chance that the USA will be drawn in to whatever happens. What I have read so far, according to reports Israel is not equipped militarily to fly to Iran which is one thousand miles away. Apparently they are not equipped to refuel while flying. Also according to the news, India would not let Israel use their air space to attack Iran.

That is another obstacle for Israel. As I can see Israel would have to find away to refuel while flying and if not, well what choice would they have except to buy a flying tanker and then their pilots would have to be trained to do the fueling. By that time Iran could have their bomb. Israel does need help in attacking Iran and do a good job of blowing up their bunkers.

If the job is not done properly, then there would be a war started needlessly, with people dying and for what? Then the USA would be drawn into it, then the nations that would defend Israel might have nuclear weapons and since they don’t like the policies the USA is trying to push on them, they might not hesitate to use those weapons. 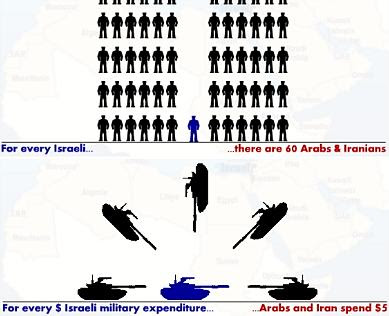 I guess we will have to see what happens next month because Israel stated that they would attack the 27th of September. If they do, I’m sure that this world will not be the same as we know it, if some of us are still around to suffer from the radiation that will be left after the fact.

All this because of one man's ambition to be a superpower and his hatred for the Jewish people. I know some other nations don’t like Jews but you don’t hear them wanting to blow them up (at least vocally). Once the war is started some of them might come out of the closet and join in.

From what I’ve read so far, some of those people are not to be trusted - even at the higher levels.