Canada - What a pitiful nation

Canada - what a pitiful nation.  I'm saying this as a Canadian, and I’m saying this because of who it seems we have left to elect to manage this nation.  The only decent party we have now to run this country is the Conservative party. We do have the opposition which is the NDP, but then they were only elected to get rid of the Liberals and the Bloc Quebecois, but we got more then what we bargain for with the NDP. 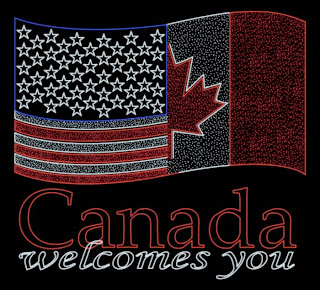 Now we are no further ahead because some of them that are with the NDP use to belong to the Bloc and the one that is the interim leader while Mr. Layton is undergoing cancer treatments, was with the Bloc and a card carrying member for 20 years with the NDP. In other words she is a separatist one hundred percent. And she’s not the only one in the NDP that was with the Bloc.
Socialist mixed up with Separatists - I would say we are in trouble politically. Come the next election, what kind of choice do we have if everyone votes for the Conservative party? I'm not saying anything bad about the Conservative party specifically, but one party rule is always dangerous. It may or may not happen that we have a single dominant party and a few scattered members of the opposition, but among the three opposition parties there is not really any strength or leadership. For that matter there's not much to vote for, so my scenario seems plausible.  We will end up with just one party and what would be left would not be enough to form an opposition.
I know some will say no that will never happen. I’ll bet no one ever thought that the N.D.P would become the opposition either. But it happened didn't it ? What I'm talking about could happen just as well. I hate to say this, but since we are in this mess and I guess maybe worse by the next election, we might as well have a referendum to join the USA and become Americans. Why? Since Trudeau has given this country away with his multiculturalism folly, it does not belong to us anymore in any case.
Furthermore, most of the big businesses here are or are becoming mostly American owned. So what do we have to lose? Besides they have so many big chiefs in the United States and other politicians who want to be big chiefs, so it might help them too.  They could practice on how to run a country like Canada then the ones that know what they are doing could help their country with out interference and bring their country up to what it used to be. We lost our country the day that free trade was approved and the day when multiculturalism took effect.
The way things are in this Country a person could rant 24 hours a day and still have something left for the next generation to rant about. That is my rant of the day and if anyone agrees with me don’t be shy let me know. I might be grouchy but I listen to reason.
Have a good day.
Posted by Unknown at 9:22 AM