How times have changed.

My oh my how times have changed. What goes on in schools these days, compared to when I used to go, is astounding.

There seems to be all kinds of stupid things that are happening nowadays, especially in the USA. Here in Canada, there are also some but they are not reported as much as they are in the USA. The teachers here from what I can gather, use their brain instead of wagging their tongue needlessly. 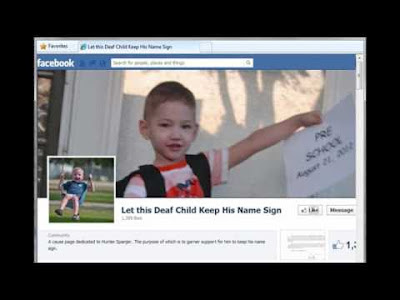 Yesterday I received an e-mail from a friend with a link to a site. I don't have the link any more - hey I'm old, I am allowed to forget about saving these things - but here is another link to the same story. The complaint I read about this teacher was unbelievable. The student was deaf and unable to speak, so he used sign language to communicate. But by using sign language for his name, it was as if he was pointing a gun. The result? They wanted the student to change his name because of it. That was one of the stupidest thing that I have ever heard.

Here is another one that I can’t understand. I was forced to go to a Catholic school when I was young. Being in a Catholic school, we had to pray each time we made a move. For instance when we would come into the school in the morning, when we went on our break, in and out of class, when we went for dinner, and back, and when the school was over for the day another prayer was required. No one and I mean no one ever complained about it. Now don’t even try to mention praying in schools or showing anything that shows some sort of religion - its almost as if one was committing a serious crime. A sin as it were.

I’m not that religious myself but I can’t see anything wrong with that. Today when I hear some one say "those Muslims, they pray five times a day", the only thing I find wrong with that is that they have to pray at specific times those five times a day. The only time we prayed was at school but we did it every time we moved. Like I said, it did not kill us or stop us from learning. Everyone should have a place to pray. To some its an escape from the reality of what this world is become. for others it's a means of preparing themselves for when their time comes to leave this world. They don’t want to take a chance on what happens in the after life since no one is really sure what happens.

I know there are all kinds of rumors as to what happens in the after life but no one as ever come back from the after life to really tell us what its like. So why take a chance? We all take chances in the living world but I personally wouldn’t want to take a chance on the unknown. That's something to think about.

And so is how times have changed and the common sense of years past seems to be all gone now.