Ignorant people really bug me. My beef today is about people that can not get a job of importance but they can only get menial jobs according to their intelligence. Yet they act as if they are all powerful in their role.

When I hear of something like this happening, it burns me up. I had to go somewhere last week and since I don’t have a car, I called a friend of mine to take me. When he arrived to pick me up. as I got in the car, he said 'if your not in a hurry I have to stop at the welfare office as I have an appointment'.

I said I had no problem with that. When we got there and went into the welfare office, he took out his paper and showed the girl the letter that he had received from the Welfare Department on which was the date of his appointment, the time and a warning to be on time.

The girl looked at him and said told him to wait until his turn.  Basically it was something along the lines of  "we are busy, so sit down and wait". 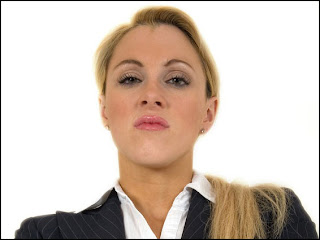 My friend showed her the letter and said "I’m warned to be on time." She answered "just sit down". Then my friend asked if she could notify whomever he was supposed to see that he was here. Her answer was to turn her back and walk away, acting as if her words were final. I watched her all the time we were there and not once did she pick up the telephone or left the room to let the person know that he my friend was there for his appointment.

There are a lot of people like that who take on jobs that would give them a little bit of authority over other people and then they think they own the business.  Or at least they act like they do.  Those are the type of people that can ruin a business in no time at all and make life miserable for others.

I say that if you are working for someone you should do your best to help a customer or client and not pretend that you own it and be ignorant. This kind of person will be found in almost every business or government job, and I just have one thing to say about them: they are hateful.  But like I said, these are the type of people who don’t have any hope to be a top boss or own a business, but would like to pass themselves off as being more intelligent then they are.  They are simply hateful and ignorant.

That’s my rant for today.

Remember if you run in to someone like this, just forgive them, because ignorance is bliss.
Posted by Unknown at 4:21 PM