Every day while reading the news I go on a Pakistani news website to see what grievance they have against the USA and very seldom a day goes by that they don’t have something to complain about. 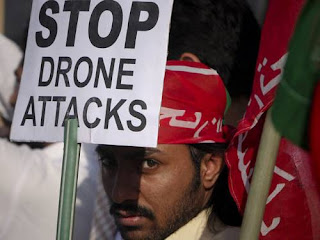 As I read it, they are more interested in keeping the terrorist safe from justice. For example, according to what was reported there were many times that they were told by the United States where they were going to attack a terrorist camp/basis/safehouse and by the time NATO got there, the terrorist were gone. Would we call that a coincidence or a leak?

With Osama Bin Laden living in their midst for years, they were still saying that he was not in their country. Now they are making deals with Iran to buy gas when they know that there are sanctions against Iran. It's dangerous for those two countries to even be talking because Iran is interested in nuclear weapons and Pakistan already has them.  That's mixing fire and gasoline if anything is.

I would just break off what is left of the  friendship with them and put them on a list of not to be trusted and give them no more aid. To be fair, there is always a chance that all this complaining could be a plan to appease the citizens that might not be happy with NATO's success with their drones in killing the Taliban.  I’m sure that in a country that size there are terrorist sympathizers and the politicians are putting up a fuss to make it look as if their not too happy either.  Nevertheless, they need not go so far as they are doing if that is the case.