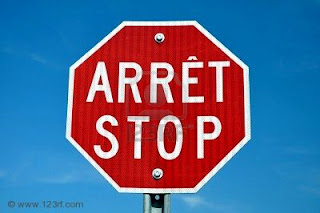 From what I’ve been reading and listening to lately, the animosity against the French, especially from the Ottawa side of the river, seems to be getting worse. I would not be surprised that if things don’t change there will come a time when the employers in Ontario will decide not to hire any French person whether they be from Quebec or Ontario will not make any difference. I also think that it will be their way of saying we are tired of complaints from the French because we don’t speak their language. Can you imagine if this was to happen?


If this was to happen then the politicians that advocate French-only in Quebec, would be responsible.  But of course being politicians they would blame that on some one else.

I understand Quebec is a French province but there is such a thing as wanting something and going the right way about getting it. This thing about language is - it's getting worse. Like I said before, it's not the ordinary citizen that’s putting up a fuss - well maybe some but there are not enough of them to make any difference. The biggest instigator responsible for this problem at this time is  Pauline Marois. She's a politician that can’t see or think about the future and the backlash that this can do for the future of Quebec and the next generation.

Every thing was going fine until ex-Premier Levesque who has left this world a long time ago, came out with Bill C101 -- French only. Now some politician like this Mrs. Marois are scared that the French language is going to disappear.  The French language will not disappear but the friendliness from the rest of Canada might if this keeps up.

Like I said before ,before he came out with that Bill C101, there were no problems of languages. Everything was running pretty smoothly. He might of had an idea on how to follow through on his plan but the politicians of today don’t seem to have a clue.

One English person called Mr. Lowell Green’s show on the radio station CFRA and said that "we should have a referendum if we should kick Quebec out of Canada". I guess this person would like to live in a Banana Republic because two Western Provinces would go to the USA.

What a brainless idiot.

That’s my rant of today. Have a good day.
Posted by Unknown at 1:23 PM