To my way of thinking, and to most people in the western world, a person should be considered innocent of a crime unless proven guilty. If someone is caught in the act then locked up until their court date, that is when the person accused will try and prove themselves to be innocent of the crime. 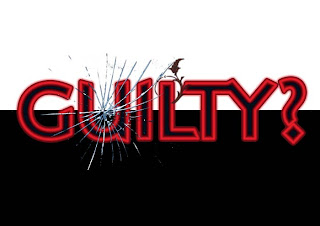 The way the law is now you are effectively guilty until you can prove that you are innocent of whatever crime you have been accused if you are locked up. How many people have been locked up for weeks, months or maybe a year then found to be not guilty because of improper investigation on the part of the police? The problem with this is if the person was working, that job is gone. If that person has a family and that person was the bread winner then the family has to fend for themselves.
Then, if after a week or two or a month or a year, the person is found to be not guilty then that family has suffered for no reason whatsoever because of poor investigation. The person that spent all this time being cooped up like an animal was treated that way for no valid reason. Then he/she has to start all over again because of some Law that says innocent until proven guilty. What a laugh the way this law was written. It should read GUILTY UNTIL YOU PROVE YOURSELF TO BE INNOCENT.
That’s my rant of the day.
Posted by Unknown at 7:49 PM