Cellular telephone companies are the worst! 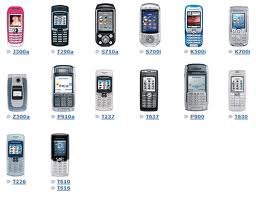 In my opinion cellular telephone companies should be monitored by the government.  Not regulated - monitored.  Some of the stuff they do seems to be violating something. About a year ago I had a complaint in regards to Rogers Wireless. I was told by a friend of mine to call the CRTC which I did. When the person answered I told her what my complaint was but she told me that they had nothing to do with these companies. Was she too lazy to take my complaint or did she not know?
For the record, they don't it's a Commissioner of Complaints, but only if your carrier is a member of CCTS. How inconvenient and unknown is that?
In any case, my complaint, aside from being frustrated by the lack of communication between their departments, was that due to some sort of administrative foul-up, I was getting double billed. I was also charged Ontario Sales Tax with the GST in addition to the the Quebec sales tax and the HST in Quebec. I don't see why I should pay Ontario Sales tax when I'm not living in that province.
Double billings
I was getting my bills for a while stating that my last months bill had not been paid. I called them and told them when I had paid and how much and the answer was always 'well we did not get your payment before we printed the bill'. Bull. I always pay my bills on time on line. This shows me a lack of communication somewhere in the Rogers system or administration.
Third Party Charges
Another complaint I'm sure I'm not the only one having. How are some companies getting cell phone numbers from a third party?
A couple of days ago I received a text message which I deleted because I don't want text messages. Being curious as to who it was,  I called Rogers and asked them who it was from. They gave me the name of the business and the telephone number. I called them wanting to know how they got my cell phone number and they said well you applied for some thing on line and we got your phone number from that. Great, but I didn't apply for what they were selling.
I called Rogers back and told them that I did not want any more text from anyone and to block text messages to my phone. The answer was that it will not do any good I'd have to call them myself and tell them not to send me text messages. I asked Rogers how much that text cost was told $10. Unless it's a location of a buried treasure, what text message is worth $10?
Can you imagine getting three or four (or more) of these text per month how much your bill would be at the end of the month?  And you wouldn't even realize it until you saw your bill, which you'd pay on time and then be informed you paid late. Ugh!
Rogers, Third Parties, Doesn't Matter
The person I spoke to at Rogers said that stopping them won't do no good in other words at Rogers they can not stop these but they can sure have you listen to their advertisements or their music while they have you on hold. I've been with Rogers almost 6 years putting up with their disorganized, and unhelpful bull but no more. If they insist that I pay for something that I did not ask for, then they know what they can do with their business. As for that third party, I do not apply for anything on line. Maybe it could have been some one that comes and visits me did it or some one hacked in to my computer or something else, but what they told me was flat out wrong.
That's my rant of the day and I am happy as hell. ~the mad Frenchman
Posted by Unknown at 5:40 AM