Are we better off? 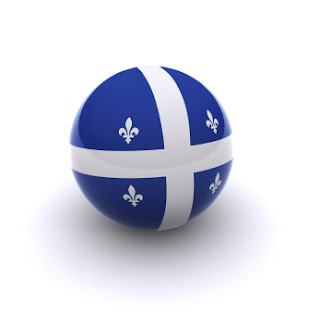 Are we better off now that the PQ is in charge of the province of Quebec? My answer to my own question is a big NO. In this province (Québec), we had the Liberals governing until this last election. They were voted out because of corruption - a problem that seems to actually be their agenda - both federally and provincially. They have done plenty to prove that corruption seems to be their agenda.

In any case, now we have the PQ. In the last election the people voted for the PQ. Of course there weren’t too many choices among the parties that could be elected because most of them were unknowns. So the people voted for the party that was well known - the PQ. I hate to say this but, we were better off with the Liberals in a sense. At least we received what we had coming to us when the Liberals were in charge.

Here’s what I mean by that statement. First of all I’m on my pensions - one federal and one provincial - and when the Liberals were in power, I would be getting a percentage for my rent (mine was $210.00 a year). Since the PQ have taken over they now send you monthly a little cheque (mine is $40.45) and they call it refund on the Solidarity Tax.

My problem with this garbage is that my pensions don’t go up and down, it’s always the same. But when it comes time to fill out my income tax every year, I get charged more. Last year they said I owed them $120.00 and while I paid it, nothing has changed. My pensions are the same, my rent is the same but this year I have to give them $329.78.  That’s more than what I get for the Québec pension, which is small because I haven’t worked too much in this province.

$ 327.77 - that is my monthly pension. In fact, my contribution to their retirement system must be finished by now because I’ve been pensioned off for 13 years and if that is their excuse, at least they should have the decency to tell me and the others that get screwed.

The federal government gives us old antiques a break in our taxes and these Joe blows in Québec takes it away. Now this is not the only screw up that they are doing. I would like to refer you to a post that I wrote recently that is entitled open letter to the premier of Québec. There you will see the other most important screw up.

All I can say is that come next provincial election I will go and sit all night at the polling station if necessary.  I need to be sure that I’m the first one to vote and I hope that the good citizens of this province that care about what goes on in this province and vote these people out for good.

I can just imagine what it would be like if they succeeded in separating. I know I couldn’t afford to live in Ottawa because it’s too costly because of the taxes the landlords have to pay. They are obliged to set the rent high enough to pay their mortgage (for the ones that have one) and the others that own their houses outright they have to pay municipal and federal taxes so high that it’s out of this world. I’m using Ottawa as reference to high taxes because that’s where I lived for about 50 years.

Now I have to take pills to calm me down.
Posted by Unknown at 7:20 AM

Email ThisBlogThis!Share to TwitterShare to FacebookShare to Pinterest
Labels: better off, PQ, Quebec