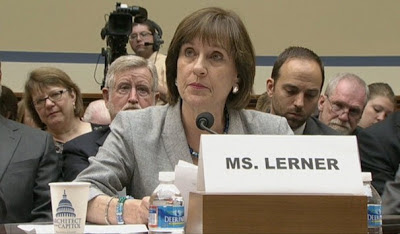 All I have to say if she has nothing to hide why would she refuse to talk? Or is she scared that she will eventually say something that might bring on something else? If she has nothing to hide what is she afraid of saying? I don’t think anyone in their right mind would think that she doesn't know anything and to my way of thinking if she really doesn't know anything about it (being the big boss) then she doesn't deserve to be there because she’s not doing her job.

I'm not impressed by her pleading the Fifth Amendment.
Posted by Unknown at 5:59 AM