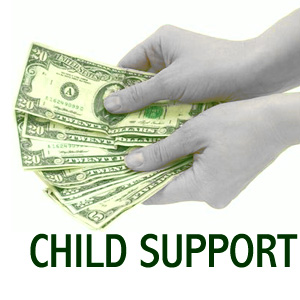 While reading the newspapers the other day I ran across a section where it was stated that the government was going to look into the child support payment - apparently to much money is being paid out by those paying support.

I say its about time that something is done about it. Here is an example. A friend of mine pays over $1000 a month for his (I believe) 10 year old boy. The boy's mother works and has a good job from what I’m told. I don’t know if she has a live-in partner but if she does, then he should be taking care of the kid to because the mother is his prize than he should accept the gift that comes along with it and in this case it’s a little boy.

I’m not trying to say that the father shouldn’t have to pay for his kid.  It is his kid and he should pay. But $1000 per month is out of this world especially when the kid has more or less barely started school. He is a long way from college. What does she do - buy him clothes that have genuine gold thread in them? Lobster with caviar for lunch? Does she send him to school in a taxi every day? I think welfare gives less then that a month for a married couple with child. I don’t believe that this person goes out every month and buys him new clothes.

I know kids if they are in some kind of sport then they would need equipment.  But equipment you don’t buy that every day. Also kids have to have an outing of some kind but it does not have to cost an arm and a leg.

No. I don’t believe that the man should live but work as a slave then give his pay away to support a child even if he doesn't know what that child is getting for $1000 a month. Who ever receives child support should be monitored every month and have receipts for what has been spent on the child and how much is put away for schooling later on. Just to make sure that  money is being spent on the child and not a lavish lifestyle for the mother.
Posted by Unknown at 1:01 PM