The Exploitation of Women

(Part 1 of 2) Women being exploited 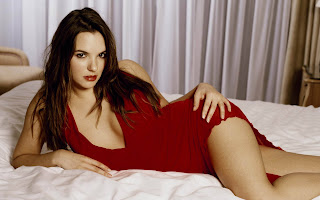 I realize that women are being exploited all over the world but not in the same way as the third world countries. I would say in the third World Countries women are more or less being treated as slaves and other countries of the world treated as sex objects. I will explain.

My reasons for saying this are:
If a woman applies for a job, shows plenty of cleavage, and looks good, she does not need too much education because most of the time, she will be trained either by the manager, or his assistant. I’m not saying that this happens all the time, but a few examples of where you would see this exploitation would be with secretaries, waitresses, gas bars, etc…..
The least amount of clothes they put on the more customers the businesses believe they will attract. I’m sure that a lot of women enjoy the attention that they get. But for some women, they don’t like that kind of attention, but a job is a job. The same can be said for commercials. Some commercials are on the edge of being risky, but 99% are decently dressed and to me, they use a lot of women in their commercials, especially for deodorants. Commercials that contain Aftershave lotion and colognes for men, have women in them acting as though they are falling for the men and have customers believe that by using this type of product, they will attract a female. The marketers are right in their thinking, because some men fall for it.
I have nothing against woman because I love all types - big, fat, skinny, dumb or intelligent. What makes me mad is a woman gets ready to go out - say to a bar, club, or party, she wants to look as beautiful and as sexy as she possibly can. These women don’t expect to be hit on, and when they do get hit on, they cry for the police. What did they expect? Just to be looked at? The ones that do expect to be hit on, just don’t care, they know what to do (Here comes the free drinks!) It’s too bad it has to be that way, but that’s life.
Another thing that really gets me, and I feel sorry for the women that want to be looked at as a real lady, these women will dress conservatively to go out, and go to work dressed like that. Then here comes the ones who think that showing everything off gives more respectability for the women. No, their thinking is wrong! A naked woman will attract attention, but a woman that is dressed conservatively will attract MORE attention because man figures that she is hiding something. Looking does not hurt, but making any sort of advances on this type of woman that dresses like that could mean big problems. Me, at my age, I don’t care what a woman has on, or off, I can look and wish and that’s it. (Rotten old age!)
Posted by Unknown at 10:38 AM

Email ThisBlogThis!Share to TwitterShare to FacebookShare to Pinterest
Labels: exploitation, women being exploited