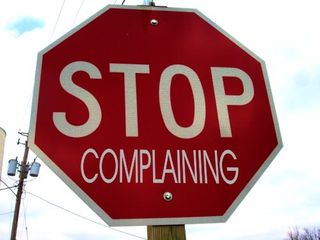 We of the human species are never happy with what we see at times and even with what we eat. I think I'd better explain what I mean. When a person sits at the table and steak is being served, what do most people do? They will bury it with something like ketchup, or whatever else they can get their hands on, and the results are that they don’t really taste the steak.  They taste the added stuff that they put on it, and yet they turn around and say “Was that ever good. I love steak.”

It's just like some people adding peanut butter on top of their eggs or brown sugar on tomatoes. That's just a few examples of what some peoples' tastes are. Then there are the ones that see something that they like but can’t afford it so they find all kinds of fault with whatever they can’t afford. Some will even criticize their neighbor for what he has because they themselves can’t afford what he has.

That type of people is the type that makes life miserable for others - it's called jealousy. Then there are busybodies as I call them.  They stick their noses in everyone’s business and then spread rumors all over town. To me these are the type of people that have no life of their own and think that by doing this kind of gossiping will get them friends.  Most of the time it backfires on them and they are worse off than they were in the first place.

Some people are just never happy with anything - big things or little things.