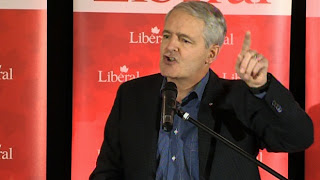 I turned radio station CFRA at around 12pm a few days back, just in time to listen to a big line of bull from a Mr. Garneau, who is running for the leader of the Liberals.  The way he was praising the Liberals,  was silly.  Mr. Garneau, the only thing the Liberals are good for, is to raise taxes and run everything down. What about the ad scam in Québec and what about running down the Provinces of Ontario and Québec from have provinces to have not provinces? What about this health tax of $200.00 that the Liberals came out with in these provinces?

Just recently, what about the corruption by the provincial Liberals in both these two provinces? Mr. Garneau, your intentions might be good but need I remind you, that you are not in space but on earth. The bull you said about the Liberals on the radio station about how good that party is and how bad the Conservative party of Mr. Harper is for the country, well that is bull too. I don’t think the majority of people would agree with what you said. If ever you become the leader of the federal Liberals and you manage to do what you've said on the radio this morning, that would be good.  But again, you are on earth, in the real world.

I think, the only way you would be able to do what you claimed this morning if you became the leader of the federal Liberals, would be to get some new people and fire the older ones that were in Mr. Chretien’s government, because they are too strange in their way of thinking. To change their way of thinking would be a hassle and it would be hard to get them to agree on anything that would be for the people.

The results would be arguments among yourselves and nothing would be done to implement your ideas. Here is why people don’t believe anything the Liberals say. At first they were asking Justine Trudeau to go for the Leader of the party, then when McGuinty resigned they asked him and their excuse was that since he had been elected so many times, that he would be a best bet for the party. So Trudeau was pushed aside, even though they knew how corrupt McGuinty is. I would say the Liberals are only looking out for their pocket book and not for the citizens who elect them to manage the country's business.