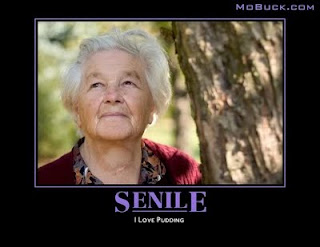 I hope someone out there can give me an explanation for what I am going to write here. Like I said in the title I might be old but not senile and when I’m awake I am awake.  Now this might sound crazy but last week there was one night I had trouble going to sleep so I just laid there with my eyes closed hoping that I would fall asleep. The only sound I could hear was low music on the radio and the snoring of my dogs.  Wait, it does get crazy.
I feel like a weirdo for writing this, but it happened so I’m going to write it. After about an hour or so just laying there with my eyes shut, I felt like there was some one else in the room. I opened my eyes and sure enough my son when he was about 6 to 7 years old was standing beside my bed and dressed like he was at that age.  He had a baby face.  white as could be, and he was just staring straight ahead and not moving. He was just like a statue.
I couldn't talk or move. I was in shock and then all of a sudden he vanished. Some of you might say 'oh he was dreaming' but I can tell you that I wasn't. Now here comes the part that some of you might think that I might have lost it. I turned and looked at the clock and it was 3:45 a.m.  My son, who is 37 years old, was in his own bed. I even got up and went to see if he was still alive but I didn't have to go far because I could hear him snoring. And he’s over 200 lbs. - definitely not a little boy anymore.
I was thinking it it was a ghost.  None of my kids are dead yet, thankfully. So if someone can give me an explanation of some kind about what happened, it would really be appreciated.  Hopefully there's a simple explanation.  Or even a complicated one would be okay because I would really hate to think that I’m a candidate for the loony bin.

Cross-posted at Bob's Ghosts.
Posted by Unknown at 5:32 PM