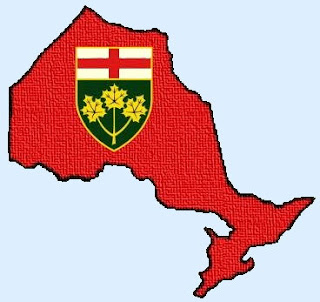 I don't give a damn what politician calls this a pollutant. But I figure that if they can convince us carbon dioxide is a pollutant then the people won't mind paying a tax on it. Well I don't listen to those half- baked money hungry fools the Liberals. I listen to the radio and one professional that works to find out what is a pollutant stated that carbon monoxide is not a pollutant but food for plants, includes trees. Can you imagine a planet without any plants or trees? Carbon dioxide has been in existence long before we humans were and now some stupid people want to tax something that is good for the planet.

While I'm on the subject of premiers, did anyone pay any attention to what the premier of Ontario said the other day that she should have paid more attention to the hydro bills? Was this meant as an apology? If it was, it sure was a dead pan one. That is the kind of apology that comes just from the lips only because there wasn't any emotion in how she said it that could be detected whatsoever.

How could she help not hearing the complaints about their hydro bills? Because every day there were complaints all over the place. No, that is another Liberal that would like to put a carbon tax on the people that she has been picking on ever since she took office and trying to screw them out of all the money she could scrounge off them even to the point of telling the people what they can and what they can't use to heat their homes with.

I will say that people with her kind of thinking don't do any justice for the party that she belongs to because she is a disaster and she brings down the reputation of her party instead of propping it up. I would like to know how many in the Liberal party would like to see her out of the party.
Posted by Unknown at 10:40 AM